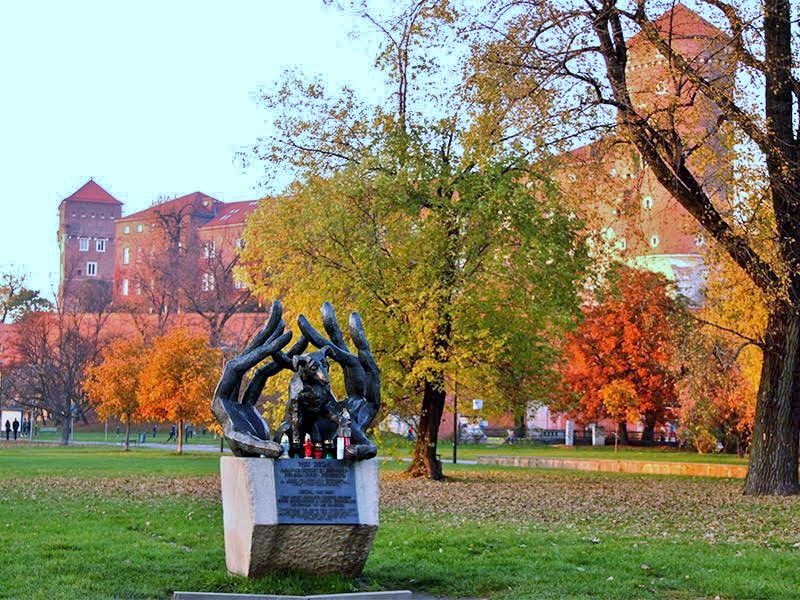 The green park surrounding Wawel Castle offers beautiful trails for walking, biking and even roller-skating. The terrain is ideal for a ride on a Segway. Depending on the season, you will find people of all ages sitting in the shade of trees feasting on picnics, playing Frisbee and football or simply enjoying the sunny view on the Wisla River.

The area is also home to several memorials. One noticeable monument is the one dedicated to the Legend of Dżok – in English Jock – the Dog. Up to the summer of 1990, Dżok was a happy dog until he saw his master suffer a heart attack on Rondo Grunwaldzkie roundabout. The man unfortunately did not recover leaving the dog behind. Dżok spent a year faithfully awaiting his master’s return, never leaving the spot where he had fallen. He stubbornly escaped the Krakow Animal Shelter. A while later, some people say that Dżok became friends with a woman whose name was Maria who was regularly feeding him. She took him home until she, as well, deceased. Then the mutt went to a shelter but made an escape after only a few nights. Apparently dieing a little later, after being in an accident involving a train.

The sad Legend of Dżok had become well known. So much so that a commission was made for the famous Polish sculptor Bronisław Chromy to commemorate the dog’s loyalty. Chromy, who is also the sculptor of the famous Wawel Dragon, shows a dog within a pair of hands, symbolizing devotion and loyalty. An inscription adorns the front of the sculpture, which reads: “Dżok, the dog. The most faithful canine friend, ever epitomizing a dog’s boundless devotion to his master.” The monument’s unveiling was in 2001. 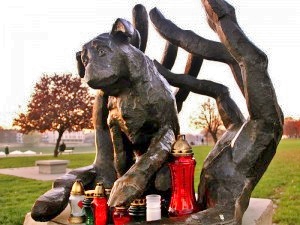 Open at all times