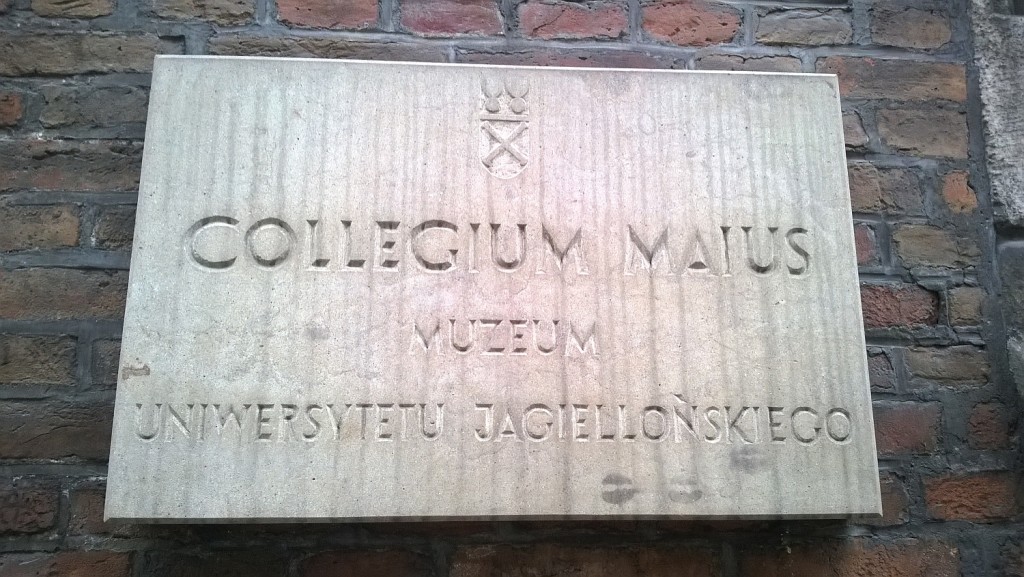 The Museum sign at the entrance on Jagiellonska St. 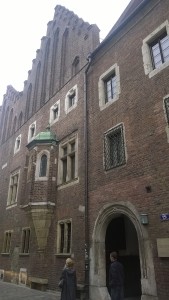 Entrance to the Collegium Maius on Jagiellonska St.

The Jagiellonian’s Univeristy Collegium Maius is by far the best-known academic building in Krakow and perhaps all of Poland and is well-worth seeing. The first tenement house for the college was founded by King Wladyslaw II Jagiello in the year 1400 as a lecture hall and a residence for the university’s professors.

Because of the rapid expansion of the university and lack of space, adjacent houses were bought and incorporated into the college. After fires occuring in 1462 and 1492 all the houses of the college combined into a harmonious unity with an arcaded courtyard.

The lecture halls of the college were on the ground floor. With the library (Libraria), the common hall of the professors (Stuba Communis), the theologists lectorium and the treasury on the first floor. That leaves the professors apartments on the ground, first and second floors.

Between 1949 and 1964 the building was renovated and lost its Neo-Gothic look. From then on, it was the premises of the Museum of the Jagiellonian University.

View of the library from the courtyard

Opening hours: Courtyard: all year long, every day a week from 10am until dusk; 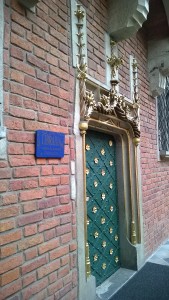 The entrance to the library on the 1st floor

Cost: Admission to the courtyard is free. Tickets for the Museum of the Jagiellonian University are inside Collegium Maius. The Museum: costs 12 PLN, concessionary prices are 6 PLN, children up to 7 years enter free.

Guided tours of the Museum every 20 minutes in organised groups of max. 20 people. Approximate time of tour: 30 minutes.

More information: http://www.maius.uj.edu.pl/zwiedzanie [only in Polish]