Krakow’s New Jewish Cemetery: A Place to Pay Respect to the Past 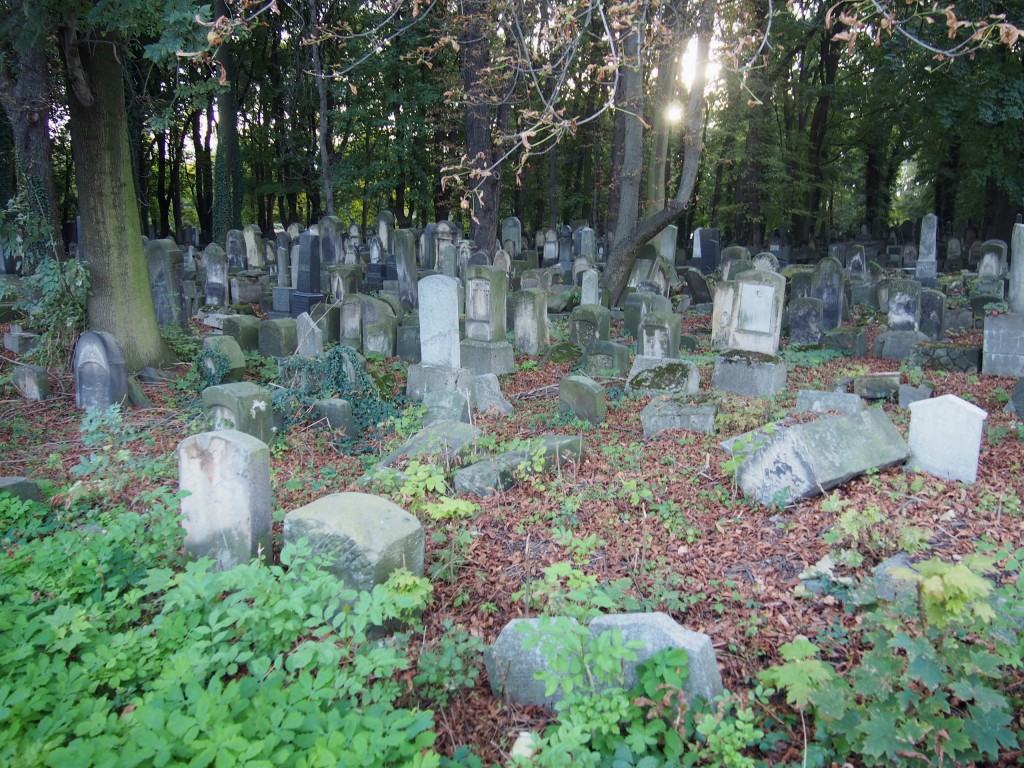 Krakow may be one of Central Europe’s brightest up-and-coming cities these days. A place where the tech industry is booming and new restaurants open practically every week. And where wild nights are a common occurrence for both tourists and locals alike. But the city has seen more than its fair share of pain and suffering throughout its history.

The New Jewish Cemetery in Kazimierz is where you can feel that pain. A place that transports visitors out of the busy and modern world. It places them in a mindset of quiet respect and contemplation. The cemetery is a short walk from the banks of the Wisla and the massive shopping center of Galeria Kazimierz,in Krakow’s historic Jewish Quarter. The New Jewish Cemetery seems like a shard out of time.

Here cracked, leaning headstones so overgrown or worn that many of the inscriptions are no longer readable. They form claustrophobic alleyways under tall and ancient trees. It is a peaceful, if somewhat difficult place. Standing in stark contrast to the bustling city that surrounds it. It’s a must-see for those seeking to learn more about Krakow’s history, particularly the Holocaust. It is also an active cemetery where local Jews still bury their dead. Visitors  show the utmost respect while on or near the cemetery grounds. 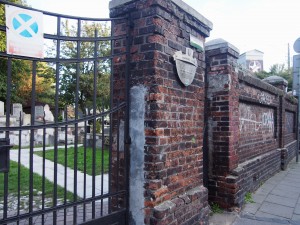 The main gate on the cemetery’s northern side

During World War II, the Nazis used the New Jewish Cemetery as a shooting range where they held regular target practice. Nazi vandalism caused the majority of damage seen today. Shown by the huge number of shattered, broken, or fallen tombstones. Many of the dead whose headstones were vandalized had no surviving family members to repair or maintain their graves. So this grim chapter in history remains visible, and is likely to do so for some time. However, the Krakow’s Jewish population have begun to steadily return to the city of their ancestors. Over the past two decades, the New Jewish Cemetery has seen an influx of burials, including many notable rabbis, artists, and survivors of World War II.

The cemetery is open to visitors during daylight hours. As a sign of respect, please wear modest clothes. These include head coverings, while on cemetery grounds. No eating and drinking. Please do not step on the graves, leave behind any rubbish, or take anything from the cemetery if you choose to visit. 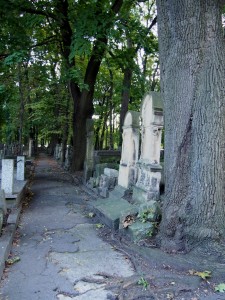 An avenue between the tombs.

More info about the New Jewish Cemetery can be found here.

Best time to see it: Daytime