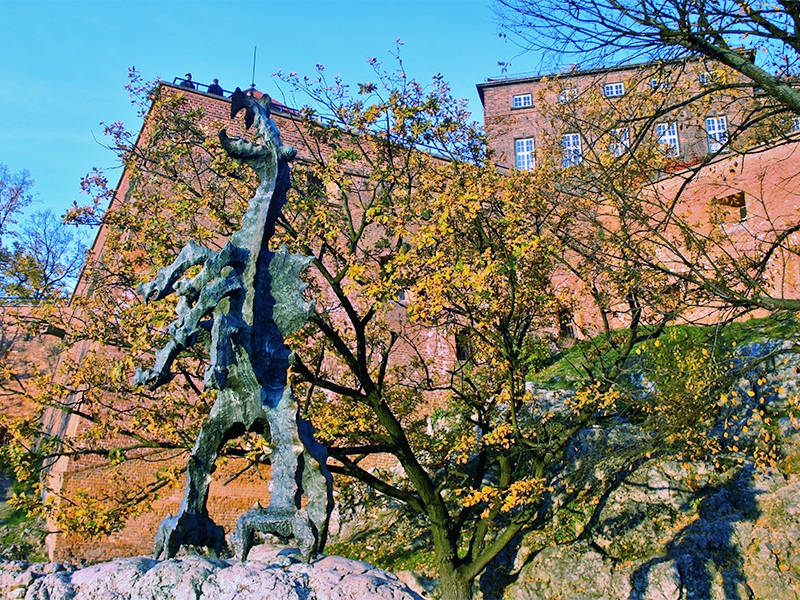 The city of Krakow’s history holds many great legends. One of its most famous is certainly the tale about Smok Wawelski or, in English, the Wawel Dragon. Smok, probably one of the most ancient yet famous resident of Wawel Hill, led to the naming of the picturesque city we now know.

So the story goes that a dragon made his lair beneath Wawel Hill and from there he terrorized the people. He demanded to be fed a number of cattle to soothe his hunger or else he would hunt villagers. With hopes of killing the beast, King Cracus devised a plan that he shared with his two sons. Consequently they placed sheepskins filled with burning sulfur for the hungry dragon, which Smok then eagerly devoured. Finally burning inside with fire and bringing him to a timely death. Then the younger brother proceeded to kill his older sibling, hence allowing him to become next in line for the crown. Fortunately, after discovering the deception, the Prince was banished. On the dragon’s lair was founded the city of Cracovia, which is the Latin name for Krakow.

Different versions include the King Cracus killing the dragon himself. One version states that the King offered his own daughter to the beast, hoping to put a stop to the killing of the village’s maidens. Then a penniless boot maker named Krak was the one to trick Smok into eating the fake sheepskins to become the true hero. 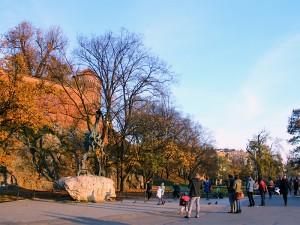 Dragon by the Wisla River, Krakow

Through retelling in its many forms, which can be detailed by your guide, the dragon is said to have existed. As a matter of fact his bones are hanging above Wawel’s Cathedral entrance. Of course some say they are simply whalebones. But Krakow inhabitants still agree that they hold magical powers that protect the city.

The Dragon’s den, which was a public well in the 19th century, is now open for visits for part of the year. This visit begins near the west fortifications of Wawel Castle. There, you’ll descend steep steps and enter the caves hiding below Wawel Hill. You’ll go through three chambers, but some parts are unsafe for public and so are off-limits. Finally it exits at the Wisła River where a sculpture of Smok, a creation of Bronisław Chromy, proudly stands. Moreover the creature even breathes fire at regular intervals. 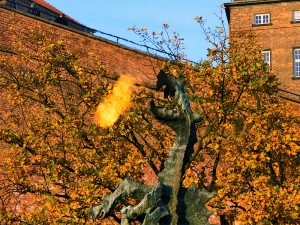 Tickets: Sold at the entrance or at the ticket offices