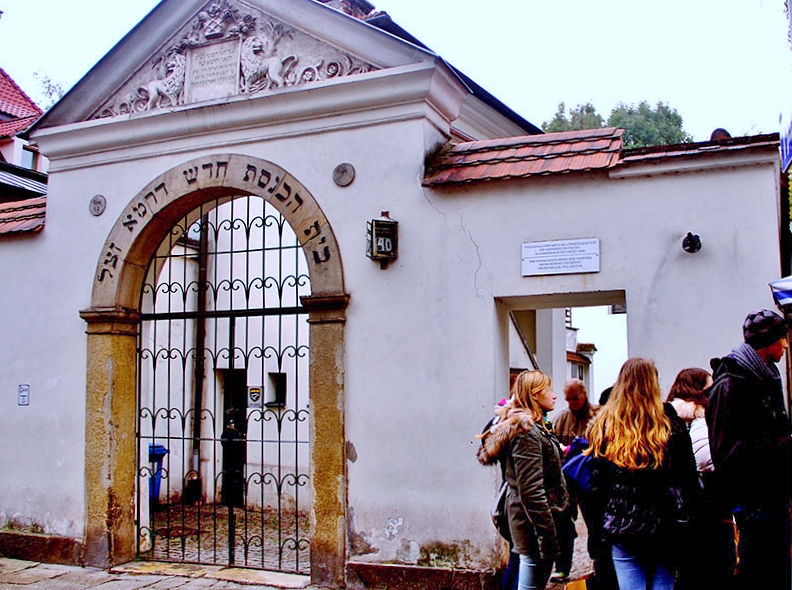 As you wander around Kazimierz,  in the Jewish District, you will inevitably stop and admire the few synagogues. Although beautiful and full of history, most of them now act as museums or galleries. In fact, there are just two still offering services. These are the Remuh Synagogue, which is the smallest and most active. The other is the Temple Synagogue on Miodowa Street. 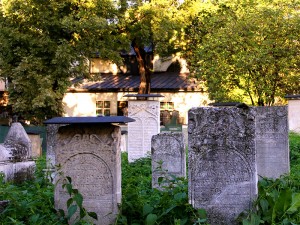 Tombstones in the Old Jewish Cemetery

The early 1550’s saw the building of the Remuh Synagogue in the Renaissance style. As you can see, plain limestone walls contribute to an air of simplicity and elegance. It’s name is after Rabbi Moses Isserles Auerbach, or “Son of Israel”. Abbreviated in Hebrew as “ReMA”, or “Remu”, and known locally as the “Remuh”. He was famous for his writings on religion and law. Apparently he was also a miracle worker. Your knowledgeable guide will tell you more about his work. As you gaze around whilst standing in the interior, you can contemplate the original and magnificent Ark which dates back to 1558 along with the empty chair where Remuh was said to be praying.

Finally you should also visit the Jewish Cemetery adjoining the Synagogue. This dates back to 1535. Step inside and you’ll find the tombstone of Remuh. It’s one of the very few that is still intact. Over the years, the cemetery had many restorations after the ravishers of many wars. At one point, the builders took fragments of the demolished tombstones and arranged them on a wall. Thus creating what is today called the “Wailing Wall”. The Old Cemetery was in use until 1800, finally closing with the establishment of the New Jewish Cemetery.

Looking into the Old Jewish Cemetery