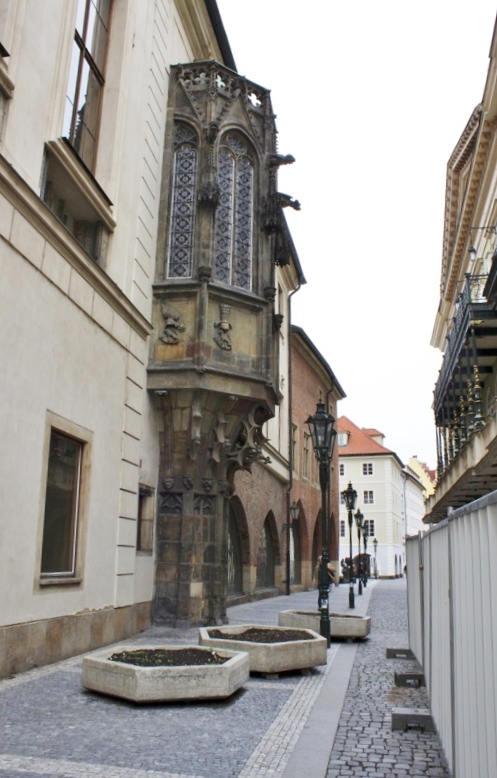 Here we have one of the oldest surviving universities in Europe. This is Prague University. Of course today everyone knows it as the Charles University. After founding it in 1348, for the first few decades of its existence, the University was lacking in any building of its own. You could say that the university existed only on paper. As a result it used several building near the current Fruit Market (Ovocny Trh in Czech – square in front of university). The first building to belong to the University was the Karolinum (sometimes referred to by its Latin name, Collegium Caroli). 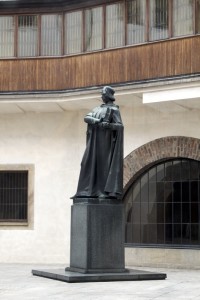 Czech King Wenceslas IV purchased this palace from the wealthy merchant Jan Rotlev in 1383 and made an award of it to Prague University. There is an old story which tells of the courts forcing Rotlev to sell this newly-built palace in order to save his son’s life. This was after finding him guilty of trying to start a sword fight during a trial.

The University professors, along with the University’s dean and clerks were using the building after a short reconstruction between 1383 to 1386,

Over time the Karolinum was in a constant state of change according to the various styles and architectural flavors of the period. Fortunately the Renaissance rebuilding had little effect on the overall structure. Hence you can still see the results of the Baroque reconstruction that took place between 1715 and 1718.

Between 1945 and 1959, we see the building get a new look thereby creating the University’s current distinctive entranceway. Furthermore, with the Karolinum, being the headquarters of Charles University, it is also put to use for conferences. Additionally it serves as a space for different exhibitions, such as Czech Press Photo, World Press Photo, along with a permanent exhibition of the University’s history. In conclusion, when you’re coming to Prague, check out what’s currently on. Sometimes you’ll be in for a pleasant surprise when you find excellent exhibitions covering famous chapters from Czech history. 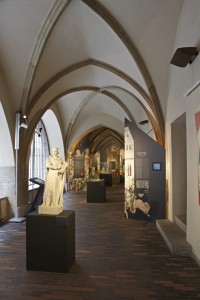 Karolinum as an exhibition venue