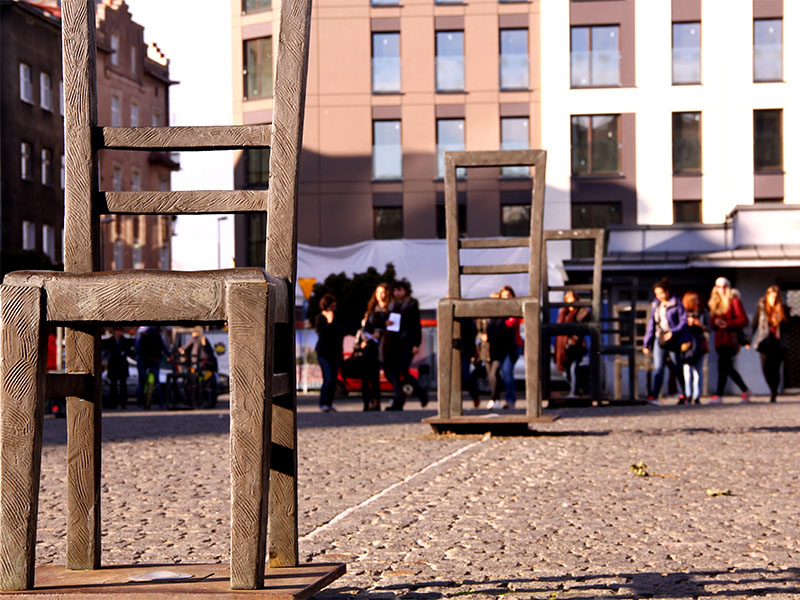 A visit of Kraków cannot be complete without walking across Bernatek Bridge and appreciating the calm district of the Podgórze Jewish Ghetto . Many times forgotten, Podgórze has not become  a prime tourist spot like the Old Town or Kazimierz, but you should really take the time to explore. The area conceals some wonderful cafes and must-see museums as well as many historical monuments. This is owing to its role as the former Jewish Ghetto of Kraków. Strolling around the district has enough to keep you busy for the whole day.

History of the Podgórze Jewish Ghetto

Before WWII, Kraków counted a quarter of its population as Jews. Their community was living for the most part in the Kazimierz District. In March 1941, the Nazis relocated most of the Jews to a Ghetto across the Wisła River. With only just over 300 buildings available for more than 15 000 people, one apartment would have four families sharing it facilities. A brick wall, a fragment of which still remains on Lwowska Street, surrounded the Podgórze Jewish Ghetto. This acted to cut off the Jewish community from the outside world. Selections were often made to pick out workers from non-workers. The aim was to make Jews contribute to the war effort by working in German factories, such as the well-known Schindler Factory nearby. The Ghetto was fully liquidated in March 1943, by which time most Jews had either been transported to Płaszów Concentration Camp or Auschwitz, or executed. 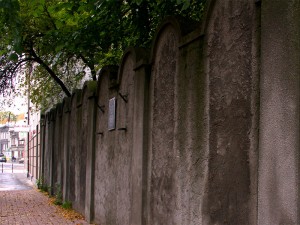 Remaining fragment of the Ghetto Wall on Lwowska Street

On your tour of Podgórze, your guide will be able to take you to many different memorials. For example, the Plac Bohaterow Getta, or Heroes Square. The bronze chairs up commemorate the Jews of the former Jewish Ghetto. Also interesting is The Eagle Pharmacy Museum, a real pharmacy that used to be held by Tadeusz Pankiewicz during WWII, though is now holding historical exhibitions.

Of course, the Podgórze Jewish Ghetto has more to offer than a sad history. It is home to the best viewpoint of the city: Krakus Mound. It also has its own smaller market square with impressive neo-Gothic St-Joseph’s Church at its head. Those of you interested in arts should make a stop at the MOCAK – Museum of Contemporary Art Krakow. Some good places to enjoy a coffee include Drukarnia Jazz Bar on Nadwiślańska Street and Coffee Cargo on Przemysłowa Street. Or enjoy the view on the river by sitting at FORUM, lively bar and café. Podgórze has something to please everyone. 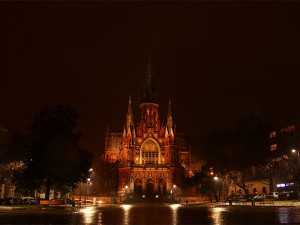 Opening hours: During mass only