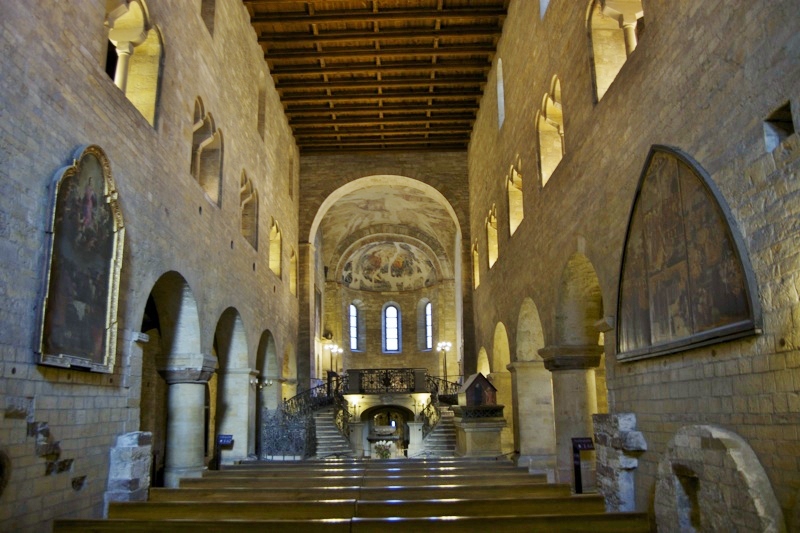 Some of the most recognizable towers which poke out of the Prague skyline are the two bright towers of the St. George’s Basilica. The Czech King Vratislav I founded The Basilica and its nearby convent around the year 920. And then in the year 973 it became a convent for Benedictine nuns. 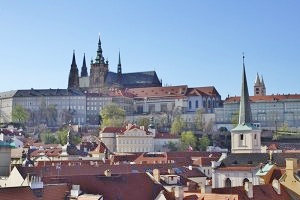 In the following years the St. George’s Basilica saw serious damage on a number of occasions. For instance in 1142, when it was in a terrible condition after a fire. This was after the unsuccessful siege of Prague Castle by Conrad of Znojmo. Unfortunately there was plundering of the Basilica during the Hussite Wars. Finally, in 1541 during the greatest fire in Prague’s history, it went up in flames. Despite all these difficulties, the St. George’s Basilica has survived throughout a millennium to bring us a unique testimony from the time of the first Czech Kings. Careful archaeological research from 1958-64 has led to a great many discoveries. These included several unopened graves of the first Czech Kings with all of their burial gifts intact.

Presently the St. George’s Basilica is open to all visitors of Prague Castle. And there are certainly a lot of them! Also sometimes the nearby convent building  is open as a gallery. Remember that during your visit you don’t forget to ask your tour guide about all the damaged parts of the frescoes. These cover the ceiling above the altar and chapel on the right. He or she can share with you an old legend. This will help to explain why some of the frescoes are in poor condition and some are not.

Check Out A Guided Tour: HERE