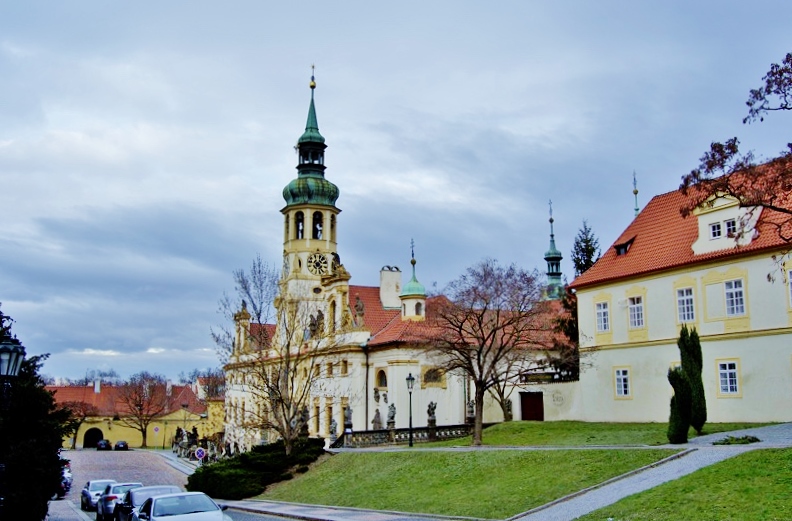 An Evening View of Prague’s Loreta

The legend says that Loreta (in Italian Santa Casa) was the house where St. Mary was living when the angel appeared to her. Then during the battles with the Saracens at the end of 13th century the building was taken apart and transported over the Mediterranean Sea to Italy. Rebuilding it in the small city called Loreto. As you can imagine, it quickly became a popular pilgrimage site. The fame of Santa Casa reached its peak in the 16th century. As a result different renaissance copies of this building were in construction all across Europe. So that brings us to the story of Loreta in Prague.

Prague’s Loreta was built between 1626-1631. The money for construction was with a donation from Kateřina Benigna of Lobkowicz who was a noble lady from one of the most powerful families in the Czech kingdom. It took another forty years to build the surrounding cloisters. These were remodeled in the 18th century by probably the most famous Baroque architect in Prague – Kilian Ignaz Dientzenhofer. 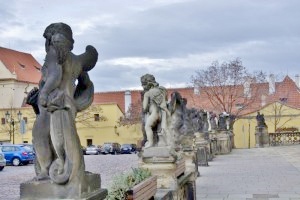 Furthermore there are a couple more things for which Loreta is famous. In the highest tower of Loreta is a Baroque bell chime, which still rings from the year 1694. It contains 27 bells, which you can hear playing on every hour.

Inside this complex you can find a very important treasure room. This displays the treasures of Prague’s Loreta. It’s mainly a collection of different church items. But the stand out piece of the collection is a monstrances or ostensoriums. These are the lamp-like containers are of use in church ceremonies.  The most famous one is the “Prague Sun” or “the Diamond Monstrance”. It’s an 89 centimeter tall silver monstrance, with a covering of gold and with a decoration of 6222 diamonds. You’ve probably never seen this many diamonds in one place!

So if you happened to walk by Loreta, get a ticket and take a walk through this amazing monastery. 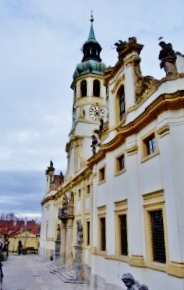 Opening hours: Daily from 9am to 5pm