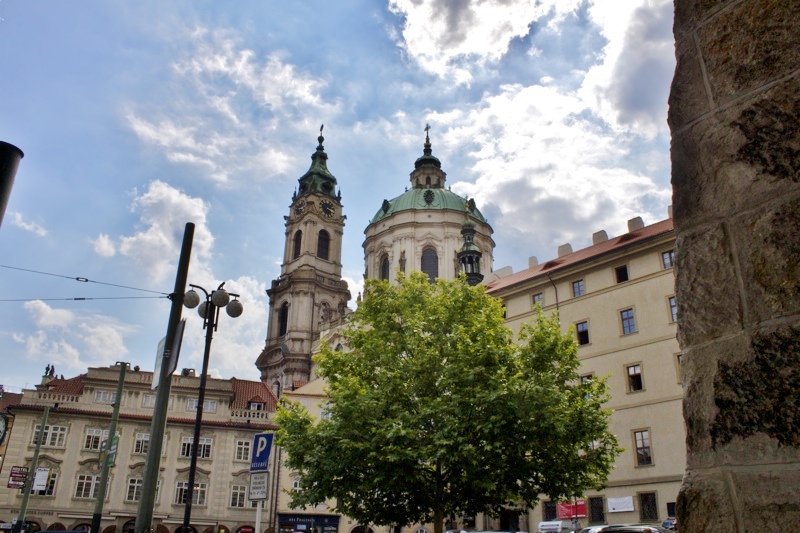 If you’re crossing Charles Bridge or wandering around Prague Castle, there is one church you can’t miss, because its dome sticks out of the skyline of the Lesser Side.  It is an outstanding piece of artistic architecture, built by Jesuits in the first half of the 18th century, called the Church of St. Nicolas. 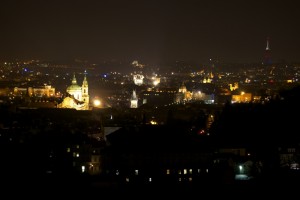 Church of St. Nicolas by night

The first foundations were laid out in the year 1673 according to the plans of the famous Italian architect called Giovanni Domenico Orsi. However, the most important role in its construction was played by two German architects – Christopher Dientzenhofer and his son Kilian Ignaz Dientzenhofer. They completely modified the blueprints and decided to create a magnificent baroque church, which would become the greatest church on the Lesser Side. The construction was truly stunning – wavy decorative façade, a dome so great, that even the architects doubted at a couple of stages, whether it would be able to hold its own weight, large baroque frescos describing the life of St. Nicolas and much more.

Kilian Ignaz Dientzenhofer’s son-in-law constructed the bell tower as the last part of the church. In modern history the tower in use by communist secret police. Want to know why? Ask your tour guide on the Prague Castle Tour :)

Nowadays,  the Church of St. Nicolas is one of the most popular churches in Prague. Not just by tourists, but also by music lovers. The amazing acoustics in this church are ideal for classical music concerts, which are held here in the  main Summer season on a daily basis. 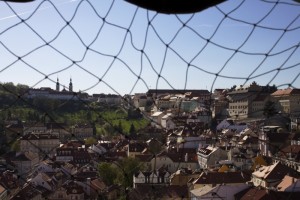 View (through netting) from the bell tower of the Church of St. Nicolas