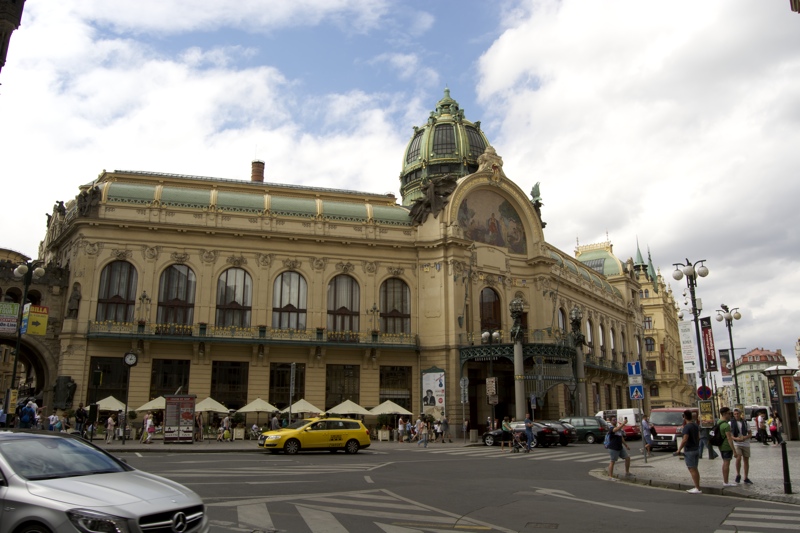 Prague Municipal House from across the street

In the beginning of 20th century the government of Prague could see that there were no modern buildings suitable for representing the city during very important events. This is the reason why they decided to build the Municipal House.

The construction started in 1905 and lasted seven years. There were two architects of the Municipal House – Antonín Balšánek and Oswald Polívka. Rumors at the time said that two architects were chosen simply because the government was not able to decide. which of the plans were better. So bureaucracy did it’s lame thing and forced them to mix their ideas into one building. 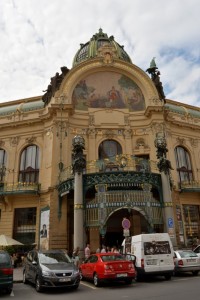 Grand Facade of the Municipal House in Prague’s Old town

The truth is that Municipal House was on a pretty special plot, because in medieval times it was a Royal Palace of the Czech kings, founded by Wenceslas IV himself. A famous coronation road of Czech Kings started at their residence here in the Old Town and went through the city to the Prague Castle. The only thing to remind us of the former Royal Palace nowadays, is a small memorial plaque on one corner of the Municipal House.

The interior of Municipal House includes few beautiful halls and restaurants. The most famous one, Smetana Hall, is for concerts and classical music festivals, such as Prague Proms or Prague Spring. 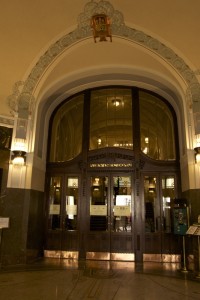 Close up of the Municipal House in Prague’s old town

Cost: Municipal House provides guided tours with entry tickets for current exhibitions, so the price may vary. Basic price for excursion is 290 CZK/adult, 240 CZK/youth and students, 500 CZK/family ticket. Kids up to 10 years of age free