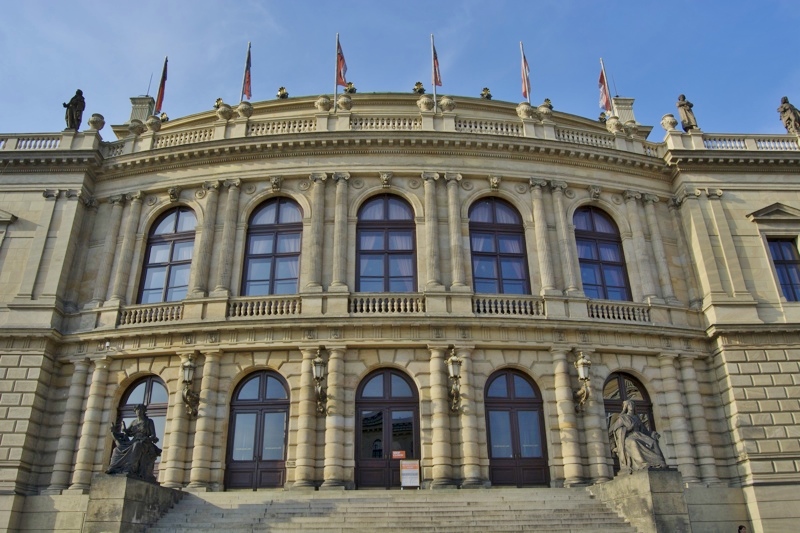 The Rudolfinum is a wonderful Neo-Renaissance building and you’ll find it on the right bank of the River Vltava. All the money for its construction was donated by the First Czech Savings Bank on the occasion of its 50th anniversary. After constructing the building, the people took to naming it after a Crown Prince Rudolph. He was the Archduke of Austria and Crown Prince of Austro-Hungarian Empire. 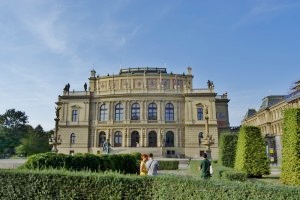 Two architects, Josef Zítek and Josef Schulz, worked on its construction between 1876-1881. Additionally there was to be a gallery as well as a great concert hall. With the construction finishing in 1884, the concert hall, called Dvořákova síň, is still in use today. You can find the gallery on the upper floors.

As a consequence of the foundation of Czechoslovakia, the Rudolfinum became the seat of Czechoslovak Parliament. It took to holding its meetings there between 1919 and 1941. Then due to Germany’s takeover of our country, we saw the Rudolfinum reverting back to its original purpose, that of a concert hall. As a result, important concerts were taking place on various occasions. These included the celebration of Adolf Hitler’s birthday or The Day of Heroes. (A  National Holiday of the times, created by the Nazis). 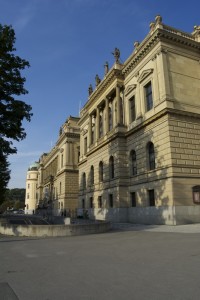 The end of the Second World War saw the returning of the building to the Czech Philharmonic Orchestra.

Then between 1990 and 1992, workmen moved in, carrying out a major restoration through out the building. As a result they took to restoring everything from the air-conditioning and heating to the stone work and the security systems.

Presently the the building is used for art exhibitions and concerts. Also you can attend classical music festivals, such as the Prague Proms and the Prague Spring which take place at Dvořákova síň. This is the largest and certainly the most impressive concert hall in the building. So if you want to hear some some great classical music while taking in astounding decor, the Rudolfinum is a building you should put on your list!