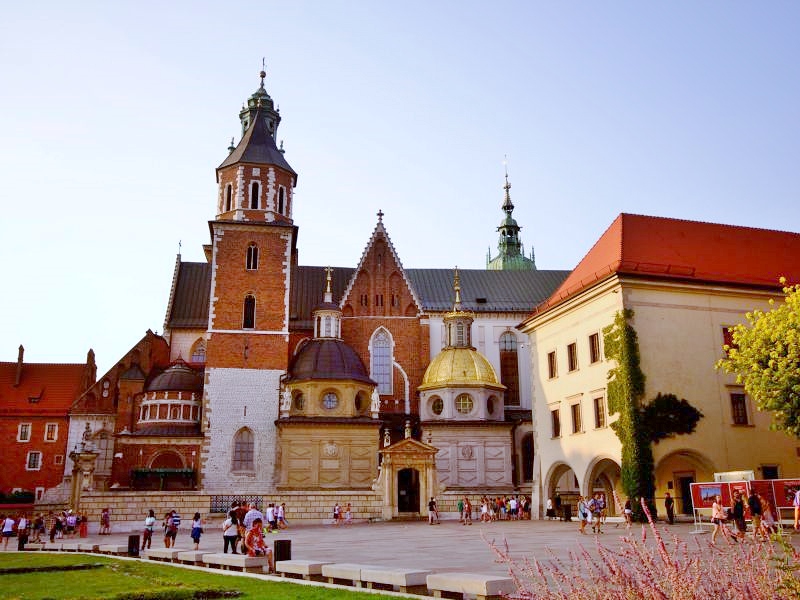 Your visit to Kraków would be incomplete without enjoying a visit to the top of the 150-million-year-old limestone rock known as Wawel Hill. It sits atop the imposing location for Krakow’s own Wawel Royal Castle.

From 1138, when Krakow becomes Poland’s capital, Wawel grows to become the country’s most important residence. It was the home of three dynasties of Kings. And each King was finacially helpful to expanding the modest building of Romanesque architecture into an impressive Gothic residence.

The year 1499, saw the building suffering a damaging fire. Then five years later King Alexander Jagiello commissioned the renovation of the castle. This was by numerous foreign architects to its present Renaissance style. 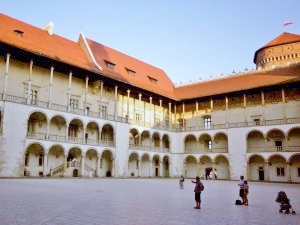 Wawel, however, lost some of its long-standing importance when Poland’s capital became Warsaw.

Then from the 1796 until the early 1900s, the castle was a barracks for the Austrian army. This period, saw the division of Poland between its stronger neighbors during the war. Finally it was restored and transformed into a residence museum in 1930.

They say the third time’s a charm, and nowhere is this truer than with Wawel Cathedral. So, though suffering destruction twice before, the cathedral acts as a burial site and coronation room.

The castle holds an array of seasonal exhibitions throughout the year, which your guide can tell you about. Furthermore you can ask them about Leonardo’s famous painting of Duke Ludovico Storza’s mistress, Lady with the Ermine, also exhibited in Wawel Castle. 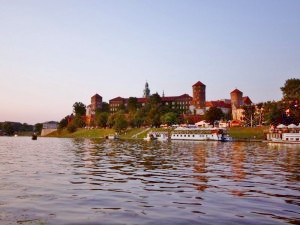 Wawel castle from across the Wisla River

Costs: Each exhibition ranges between 8-25PLN, with the longest estimated visit time around 50 minutes. Your trip will be made much longer by enjoying the grounds, and the views its high posture gives of the Wisła river, and a fire breathing dragon!

You cannot buy a ticket that encompasses multiple exhibitions.

For children under 7 admittance is free of charge.