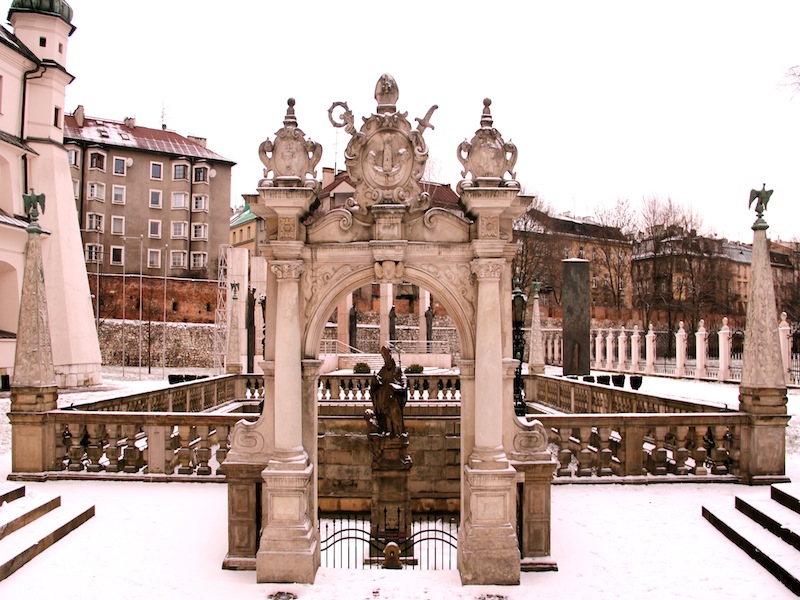 When strolling down the Wisla River, you might come upon a beautifully peaceful monastery, its green roof perhaps sheathed in snow or catching a ray of sunlight. The Skalka and Pauline Monastery, also called “The Church on the Rock” due to its higher location, is often unseen by visitors. Although easily seen when walking down the Wisla River, tourists don’t often make their way inside the monastery’s grounds, meaning they remain tranquil and serene.

Once you’re inside the walls, as well as an impressive interior, you’ll also discover the Saint Stanislaus’ fountain. They claim it’s water possess miraculous healing powers. The story of Saint Stanislaus is an important one in Polish history. 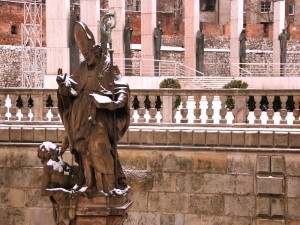 Stanislaus of Szczepanow was the Bishop of Krakow in 1072. He earned the dislike of King Boleslaw the Bold after denouncing the King’s excesses and treatment of women. This resulted in the King’s excommunication. Soon afterwards, in 1079, there was an order to murder Stanislaus. It is said that either a mystical power made the men miss their mark or, more realistically, their refusal to obey the given command, Stanislaus survived (but not for long.) After his men’s failure, King Boleslaw returned and slay the Bishop himself. But death was not enough for the vengeful King. He proceeded to cut the body into several pieces which he then threw down the nearby monastery well. But the King was not to be left in peace. Be it a curse or simply punishments for his deeds, the King was exiled.

Some versions of the legend state that after being in the well, Stanislaus’ body arose from the dead. From then on he became a martyr and a saint. The fountain became something magical. Surrounded by pillars with eagles marking its four corners, a statue of Saint Stanislaus stands in the center of the structure and at the bottom of the stairs, a small fountain of pure water. 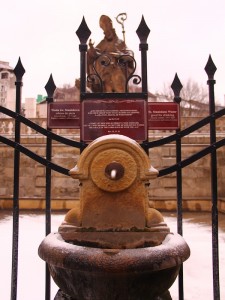 Church on the Rock Info

No visits during mass.

Check out our Churches, Cathedrals and Castles Walking Tour HERE