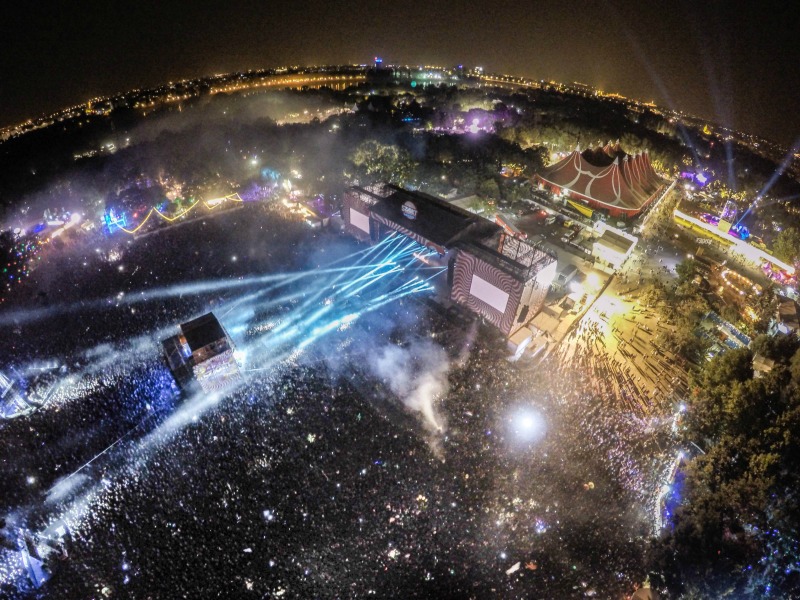 To quite a few people around the world, the Sziget Festival is the only reason to ever visit Hungary. To them, all the elements of a decent music festival add up to the best seven days of the year. With dazzling stages, massive loudspeakers, smelly beer stalls, weathered wristbands, crammed backpacks, indescribable toilets and acres and acres of tents everywhere. To them, Sziget is paradise on earth. The festival takes place on Óbudai-sziget. This is one of the lush, green islands of Budapest. The festival attracts thousands of people from every corner of our planet with a mutual enthusiasm for music. 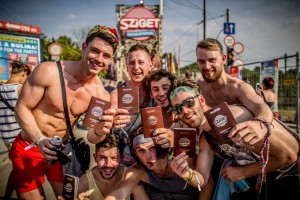 The idea of creating a music festival that would take place annually grew out of a need for social gatherings in the early 90’s. During the communist era a harmonious social community was considered the very foundation of a healthy society. Because of this the people of Hungary enjoyed a wide palette of government-funded get-togethers. But with the fall of communism, an ever-growing wistfulness started to spread among the young generation. They remembered the merriments of the old days. So after years of tweaking and organizing, the very first festival, Diáksziget was held in 1993. Though it was only attended by locals, a seed had been planted.

Since then, Sziget has become an international festival known the world over. The best performers of every musical genre get invitations to gig. Though Sziget started off as a rock festival in the 90’s, these days you can easily find your favorite style of music. Just wander around the many stages and pavilions. If you can summon the strength to crawl out of your tent after a heavy night at Sziget, you can always go and immerse yourself in the crazy summer vibe of Budapest!

We have various half-day sightseeing tours that will allow you to get back in time for the evening concerts. Most of these tours pass the Sziget Eye on the way. This is the huge ferris-wheel advertising the festival itself. Getting back shouldn’t be a problem either: we also rent our bikes out, so traveling to and from the island is really straightforward! 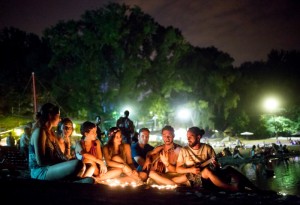 Sziget Festival. Camping and hanging out is also a big part of the experience. Photo courtesy of Sziget.hu

THE NAME: The right way to pronounce Sziget is very easy. Just say see-get. And its meaning? Yes, you guessed it: island.

GETTING THERE: The main means of public transportation that will take you to the Sziget Festival is the HÉV – H5 (a suburban railway line). Once you step off at Filatorigát, you can access the island on foot. You can also get to Sziget by car or bike (use the bike storage centre for peace of mind) and even by boat (details of the Sziget Boat Service will be published here later)

TICKETS: You can get a Sziget Festival pass for 5 days, 7-days, as well as daily tickets. (For prices visit the official website.)

DATE: Sziget is organised yearly in August and lasts for 5-8 days, including pre-festival days. For more information, download the Sziget app or go to www.sziget.hu.