New Year’s Eve is a time to party and to reflect – both on a great year and, hopefully, an even better one to come – and celebrating it in Prague, whether this is your first time here, or a triumphant return – is a great idea. Czechs are warm and welcoming at the best of times, but visit during the Christmas and New Year season and you’ll find a very special atmosphere awaits you.

Here’s your guide to enjoying NYE in Prague.

And by the way, “Stastny Novy Rok” means Happy New Year! Say it to everyone you see! 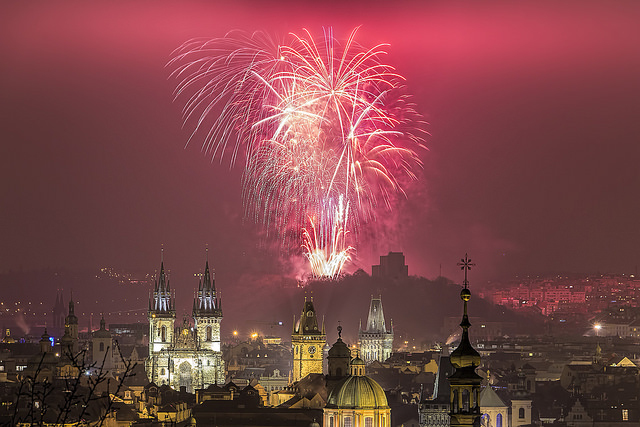 If you’re celebrating with locals, you’ll find chlebíčky are popular, these are basically open sandwiches – very delicious. When the clock strikes, it’s champagne all round. After which you might find some people eating vepřový ovar (boiled pork head) with se strouhaným křenem a jablky (grated horseradish and apples).

And, if you’re not feeling too worse for wear, lentils, which symbolize money are usually eaten the next day for good luck.

Like just about every city, everywhere, Prague lets off fireworks from Letná Park to ring in the new year. Old Town Square and Wenceslas Square are both popular spots for watching them, as well as along the riverbanks. Bridges are another great, but crowded option.

But beware, pickpockets will be enjoying their busiest night of the year. And you may well find drunks letting off fireworks of their own, closely chased by police. Stay safe out there and be discreet if you’re drinking alcohol in the streets – it’s technically illegal. 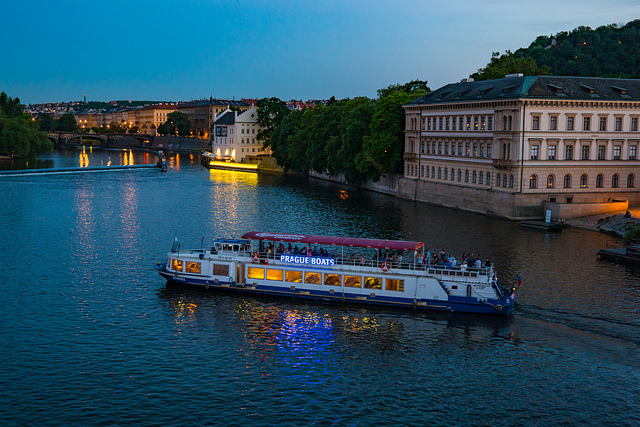 Boating on the river

Set sail, avoid the crowded streets and get the best view for the midnight fireworks. Several companies offer boat packages for the big night, most including dinner, drinks and some form of entertainment. Book early though, as many sell out.

If that’s your thing, rest assured you’ll have plenty of options to choose from. All the big clubs and bars are laying on parties for the evening. Places worth checking out include, Cargo Gallery, Chapeau Rouge, ROXY and KU Bar. 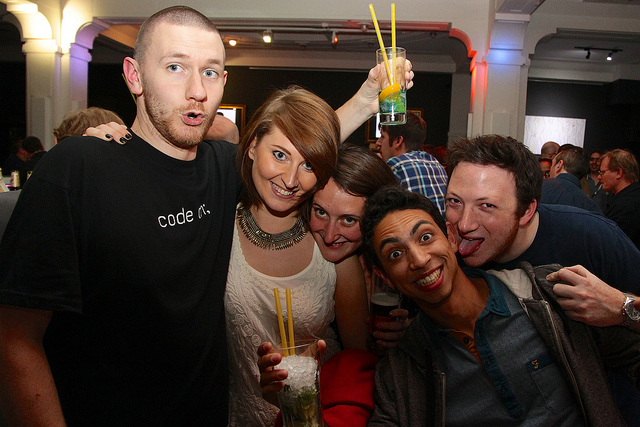 For a more classical approach to festivities, keep an eye on the schedules of places such as the Karlin Musical Theatre, who lay on an operetta performance, and Jazz Dock who have a show that night.