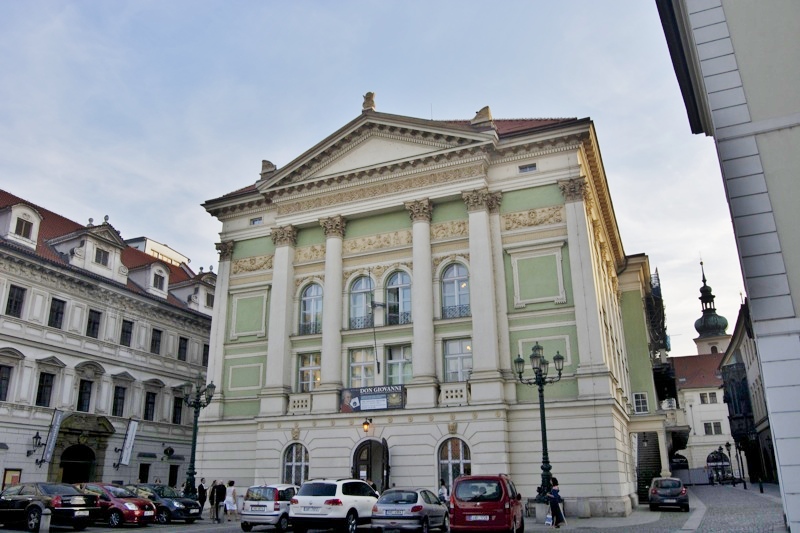 If you count yourself among the fans of the theater and more especially opera, then the pretty Estates Theater or Stavovské divadlo is a building you shouldn’t miss. This beautiful Classicist building saw construction between 1781-1783 for the aristocrat František Antonín Count Nostitz Rieneck. And because of this, the theater bore the name The Nostitz Theater. 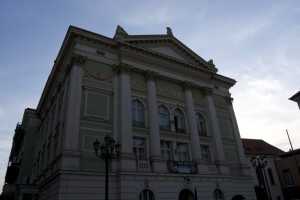 Prague Estates Theater – rear view near, from near the university

When building the theater, it’s design was for one thousand people. Later downsizing this number to 659 seats to give it a more spacious and more comfortable feeling. In the very beginning, performances here were mostly German drama and Italian opera. In fact the first staging of a Czech   performance was in 1785.

A bright light shone on the Estates Theater when Mozart arrived in Prague. After suffering a terrible premiere in Vienna, where the “Wedding of Figaro” had flopped, he came to Prague with no high expectations. But the locals fell instantly and madly in love with it. In short, it made him decide to dedicate the next premiere to Prague. And of course, his next opera was Don Giovanni.

Mozart personally conducted the opera and it was a great success. But on the other hand, the opera was a nightmare for the orchestra. Are you wondering why? Ask your guide, he or she can tell you more.

In 1799 the Czech Estates purchased the Nostitz theater. It was then renamed the Estates Theater. During the 20th century, the theater was completely renovated. In fact one extra underground floor was added (which extends under the square behind the theater). Presently there are three artistic ensembles which perform in the theater, opera, ballet, and drama. Incidentally you can see the Estates Theater in the famous Peter Shaffer movie “Amadeus” under the direction of Czech director Miloš Forman. 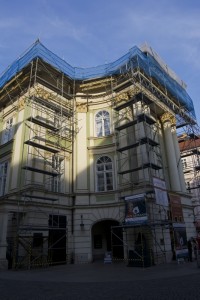