Adam Mickiewicz Monument – The Most Famous Monument in Krakow 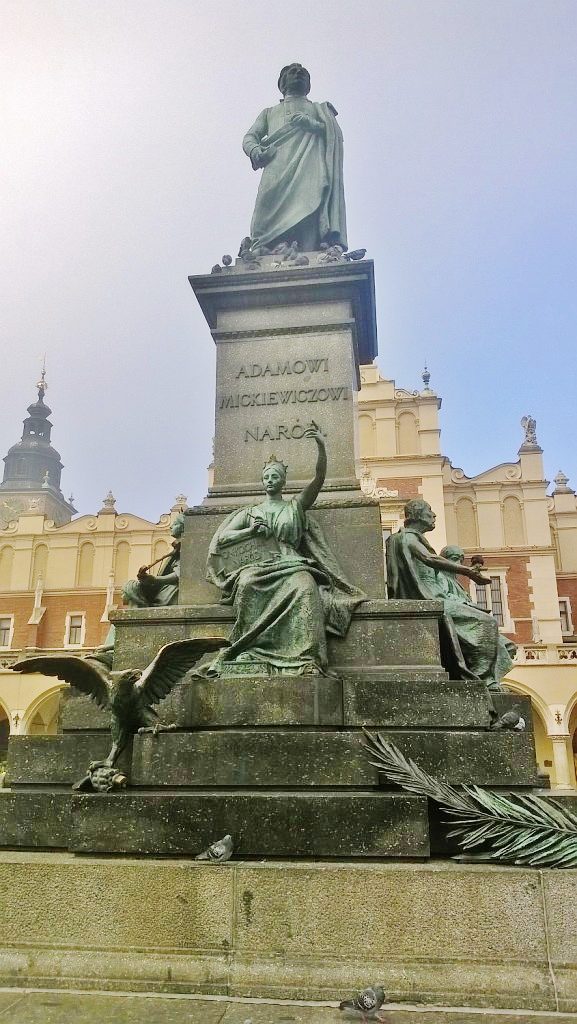 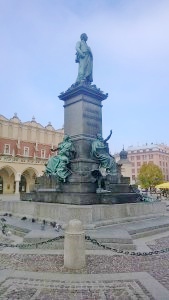 Adam Mickiewicz is the all time greatest poet and historical bard in Poland. The monument in his honor is a popular and recognizable image representing the City of Krakow. In addition the area surrounding the statue is a common meeting point for the city’s inhabitants and also for visitors. Furthermore if you ask around in Krakow, almost everyone will give you the precise location of the monument. And even though some of them are new to the place, they will surely know, as it is in Krakow’s Main Square.

Nope, Never Been To Krakow

There’s a fascinating history behind the monument which is as interesting as the statue is recognizable. One of the most curious facts is that Adam Mickiewicz had never actually been to Krakow. His remains arrived to the city posthumously in 1890. This was 35 years after his death in Istanbul in a cholera epidemic in 1855. Meanwhile in the same year, the remains of the poet are put onto a ship, which transports him to France, before finally burying him in Paris. After transporting the remains to Krakow in 1890, the great Pole poet was put to rest in the crypt of the Wawel Cathedral. 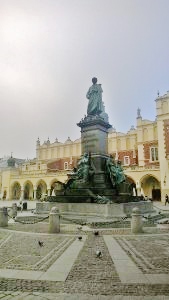 The monument’s unveiling to the public was on the 16th of June, 1898. This was on the 100th anniversary of Mickiewicz’s birth and it was without blemish until the 17th of August, 1940. Unfortunately the German’s who were occupying parts of Krakow saw fit to demolish the statue, taking it in parts to Germany. Fortunately, on the 12th of June 1946, thanks to their discovery in the suburbs of Hamburg, thus returning them to Krakow. Reconstructing the monuments took some years and the new statue was on show to the public once again on the 26th of November, 1955. This was on the 100th anniversary of Mickiewicz’s death. Between 1962 and 1964 some of the adornments surroundings the statue went missing. Gone were the lanterns and the chain running around the monument. Since restoring these in 1985, we have been able to view the great monument in all its glory. 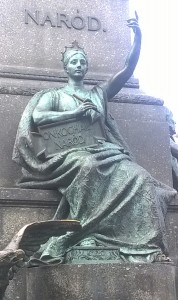 Not many people understand the meanings of the symbols on the monument. There are 4 allegorical that surround and guard the topmost Mickiewicz figure . These are: Motherland (the woman wearing a crown and her left hand held up), Poetry (the young woman with the lute and the child), Valour (the young man with the sword and shield) and Science (the old man with the book and the child).

Opening hours: You can view the monument 365 days a year and 24 hours a day.

Cost: Admission within the monument and viewing is free.