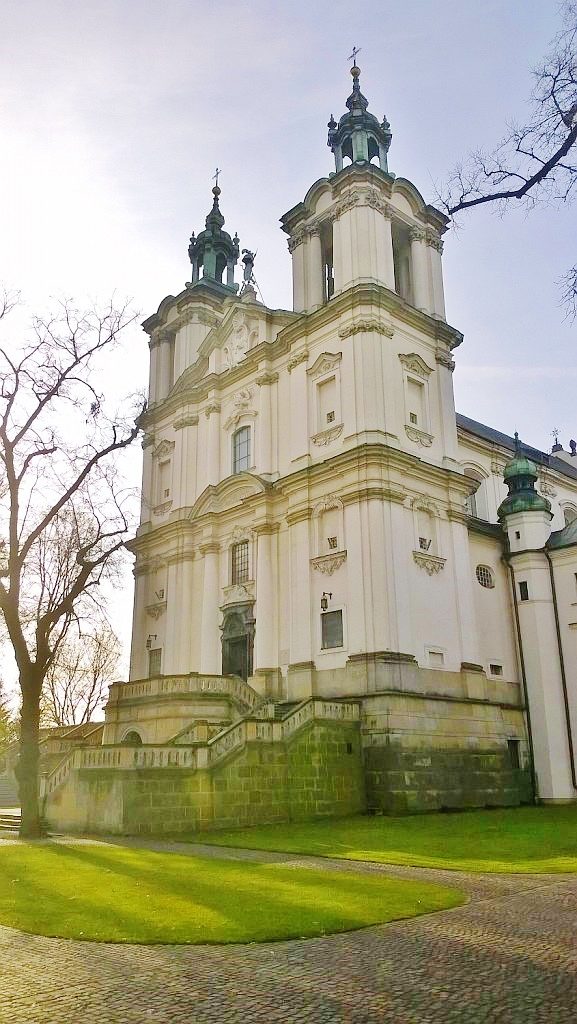 The Church on the Rock 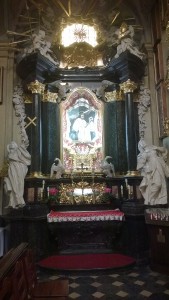 The altar of St. Stanislaw

The famous Church On the Rock has the official name of the Church of St Michael Archangel and St Stanislaw the Bishop and Martyr. Or the Church of Pauline Fathers. It is one of the oldest and best-known temples in the city of Krakow and has been since the late XIII century. Because of the infamous conflict between King Boleslaw II and the Bishop of Krakow, Stanislaw in 1079 it’s fame grew.

The bishop, probably alongside Boleslaw’s younger brother, Wladyslaw and his palatine Sieciech, was the leader of a rebellion against the powerful King. Boleslaw discovered the conspiracy and imprisoned the bishop. He was later put on trial, suffering “truncation of limbs”, and dieing during that horrific process. As a result of the growing rebellion, the King had to leave Poland. He later died in Hungary around 1081. 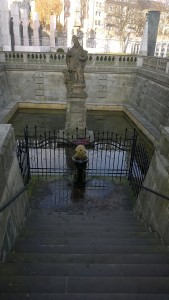 The fountain of St. Stanislaw at the Church On the Rock,

Historians of the middle-ages, priests or monks, related the story differently. They depicted Boleslaw as cruel and mad, and Stanislaw compassionate and just. The legend of bishop Stanislaw tells us that when he was celebrating mass, the king barged brutally into the church and killed him at the altar. The other version claims that Boleslaw had sent armed men to kill the bishop. After the death of Stanislaw his cult had spread in the dukedom of Poland. He was made a Saint in 1253 thereby becoming the patron of Poland. There was a significant tradition that every Polish king went on a pilgrimage from the Wawel Castle to the Church On the Rock just before his coronation.

The first church at this site was probably dedicated to St. Michael. It was built in the XI century in Romanesque style. In the XIV century the church was rebuilt in a Gothic style. And then later again in the late XV century when the Pauline Fathers had arrived here. It was briefly rebuilt yet again in the XVI and XVII centuries and was finally demolished in 1733. Ten years earlier, in 1723, saw the monastery of Pauline Fathers was finally under construction. The beginnings of the construction dating back to 1636.

The monastery next to the Church on the Rock,

The year 1751 saw the beginnings of the new Baroque Church. Time was not kind to the church, as it fell into a dilapidated state in the XIX century. Between 1889 and 1890 the church went through another thoroughly renovation. The next renovation took place more than a hundred years later, between 1994 and 1997.

Church on the Rock Info 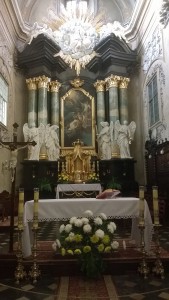 Opening hours: You can view the church and the premises between 6am and 9pm.

Cost: Admission to the church and premises is free. 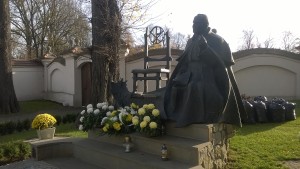