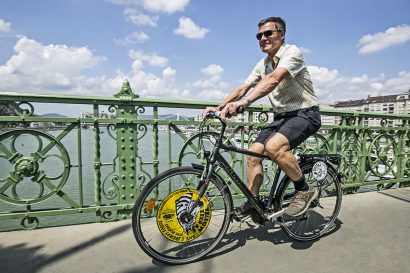 If you’re coming to Budapest for a holiday, then you’ve made a great choice. There is plenty of culture, history and nightlife to indulge yourself. The city is divided into two parts by the river Danube – Buda and Pest. We’re here to help you understand what you’ll find in both.

Checking out Pest side

Unlike some European capitals, there is not really a city center in Budapest. Sure V District is sort of it, but it’s mostly hotels and the famous Vaci shopping street and one very lovely church called St Stephen’s Basilica. Yes, it’s beautiful, but if you want to get a feel for the city, there are other absolute must-see neighborhoods.

Chances are you’ll be staying on the Pest side as this is the biggest part of the city. In District VII, the Jewish Quarter, is where you’ll find all the cool bars and cafes and it’s very much a neighborhood on the rise. VIII district behind this is very much the same, but just about a decade behind with its gentrification. It’s home to artists haunts, gypsies, boutiques, hipsters and yet more cool cafes – just with fewer tourists. Finally, XIII district is another interesting place, a real mix of old Art Deco buildings sitting next to dull gray Communist blocks. It’s right next to the river with great views and also has some nice shops and cute cafes.

Over the river in Buda

The Buda side is hillier, considered more beautiful and less invaded by tourists. Most people heading over the river first visit the Castle District, one of the oldest parts of the city. Up the hill, you’ll find the stunning Buda Castle, Fisherman’s Bastion and plenty of quiet back streets to get lost in. You’ll also be treated to magnificent views of both Buda and Pest – so remember to take your camera.

The XI district is to the left of Buda Castle as you face it and sits in the shadow of Gellert Hill  which is another iconic landmark well worth climbing. The action in this area centers around Bartok Bela Street which houses many trendy cafes that were once famous with the artists of Budapest. Today they attract mostly students thanks to the nearby BME University.

To the right of Buda Castle is II district, one of the richer parts of the city. Here the hub of activity is the newly-renovated Szell Kalman Square. Nearby you’ll find shopping malls, thermal baths, boutique shops and upmarket cafes.