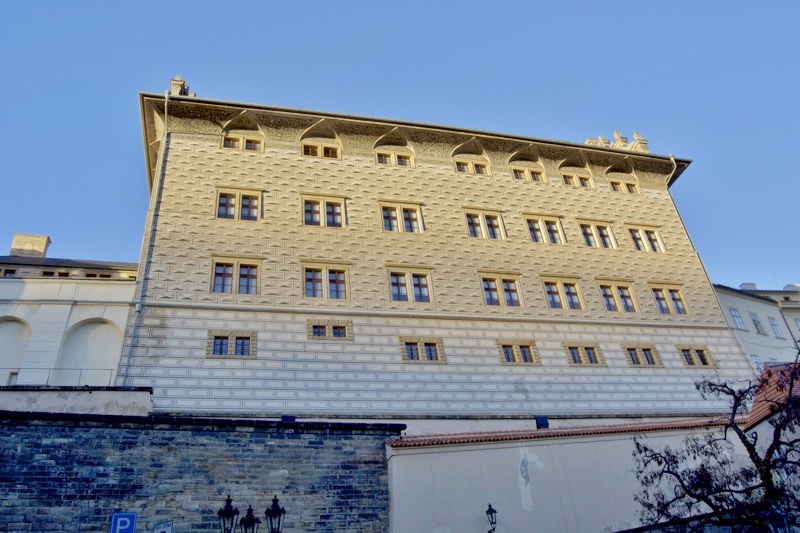 If you’re standing in front of the Schwarzenberg Palace located on Hradčanské náměstí, you can see why it’s so famous. For the palace belongs amongst the most beautiful and charming examples of Renaissance architecture in Prague. But before becoming part of the Czech National Gallery, it went through a very turbulent history. 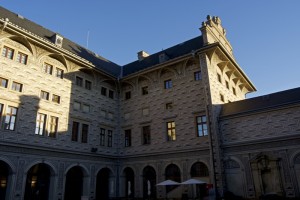 Actually this three-winged palace was built in 16th century, between years 1545-1567 by the Italian architect Agostino de Galli. Unfortunately the great fire of Prague in 1541, saw heavy damage to Prague Castle. And it was also responsible for the burning down of two thirds of all buildings on this side of the Vltava River. However, in burning down a number of buildings, it also made space for this new structure.

The first owner of the Schwarzenberg Palace was Jan Popel of Lobkowicz younger. And then, in the year 1590 the palace was a gift to his relative. Interestingly enough, that relative was Jiří Popel of Lobkowicz. He saw the loss of his previous property after an insult to the Emperor in year 1594. Then some time later, Emperor Rudolph II gave this palace to Peter Vok of Rosenberg. Ultimately the Rosenburg family’s ownership was to last for only a few decades. At the end of 30 year war Emperor Ferdinand II gave the palace to Jan Oldřich of Eggenberg. The Eggenbergs “lasted” till year 1719, when the whole family died out. If you’re still able to follow this story….let’s take a breath and continue…

Presumably at which point saw the palace passing on to the relatives of the Eggenburgs. In fact they were the noble family of Schwarzenberg. Now finally the palace found a name which it still carries to this a day. Even though the Schwarzenerg Palace was remodeled in the Baroque style during the first quarter of 18th century, the Schwarzenbergs decided to take it back its original Renaissance appearance. The front is an illusion with rich black and white sgraffito patterns inscribed on the flat wall. It’s an example of the “Czech” Renaissance. Afterwards in 1909 the Prague’s Technical Museum were to become tenants. And it is still remains a museum to this present day. Incidentally on the top floor there’s an exhibition of weaponry, armour and firearms. 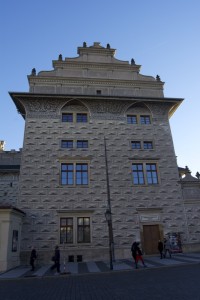 Front of the Schwarzenberg Palace