A History Lovers Guide to Prague 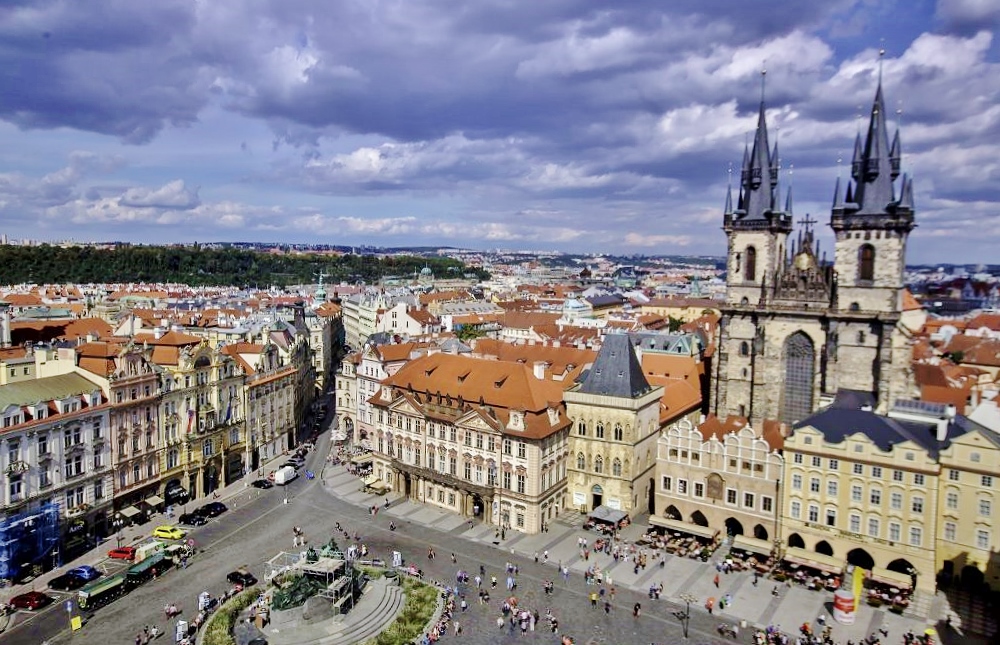 Prague is a city with a long and fascinating history. You can find the echoes of the past around almost every corner. Prague history has 3 really interesting periods. These were the Medieval times, the Golden Years period and 20th century.

If you want to learn about these periods while exploring the city. Here’s how:

This is where things got started for the city, back in the 10th century, and one of the earliest landmarks – Vyšehrad Castle – was built during time. Visit today and you’ll find the Rotunda of St Martin proudly standing as Prague’s oldest surviving building. You’ll also find the more modern Vyšehrad Cemetery which was established in 1869. It is the final resting place of many famous Czechs.

Had you been around in the 13th century you would have witnessed the founding of the city. It was at this time both the Old Town (Staré Město) and the Lesser Town (Malá Strana) were established. Today you’ll find they are still both charming places to explore. Though it must be said, they are also both a little overrun by eager tourists at times. 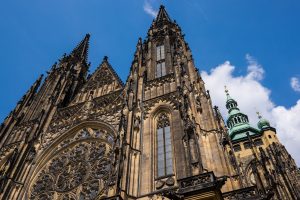 The Renaissance years were known as Prague’s Golden Years. And for good reason. Because it was during this time that the city grew and began to develop the culture that still shapes it  today.

Famous landmarks including Prague Castle, Old Town Hall, New Town, St Vitus Cathedral and Charles Bridge were all built in the 1300’s. At that time the Czech Republic was ruled by its most popular king, Charles IV. It was he who also build Prague into an economic and cultural super city.

The Hussite Wars that swept through the country in the early 1400’s. These proved a setback for city and lead to the destruction of many historic artifacts and the deterioration of Prague Castle. But in the 1500’s, the ascension to power by Habsburg Dynasty, saw a wave of Renaissance architecture take hold in the city. When Rudolf II, Holy Roman Emperor, was crowned the Czech King in 1575, the city cemented itself as a center of science and modernity. It was able to maintain this status into the 17th century.

A trip to the Prague National Museum is a great way to find out more details. 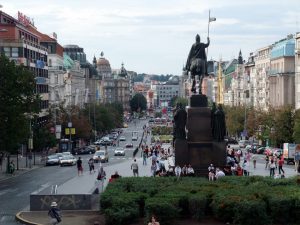 Prague’s recent history was also some of its most tragic. The newly formed Czech Republic struggled to carve out an identity while surrounded by warring superpowers. It became the new newly independent Czechoslovakia as part of the Austro-Hungarian Empire. During World War II, the country fell under Nazi occupation. The Red Army liberation that finally came in 1945 seemed like it might be a good thing. But in truth it was the start of decades under the Soviet umbrella and communist oppression.

The city’s next push for freedom came during the “Prague Spring” in 1968. This is when local government leader Alexander Dubček tried to create “socialism with a human face”. The Soviets moved quickly. They sent in Warsaw Pact troops to put down the movement. The resistance was surprisingly strong. Political dissidents kept pushing for freedom behind the scenes all the way up until the famous Velvet Revolution in 1989.  With their efforts finally secured the country it’s freedom. This was followed by its first free elections in 44 years and the election Václav Havel as President.

Take a trip to Wenceslas Square and the famous monument at the top of the hill if you want to see where many of the biggest demonstrations took place. Or take a visit to the nearby Museum of Communism. This will give you a good in-depth look at what life under Soviet control was like.