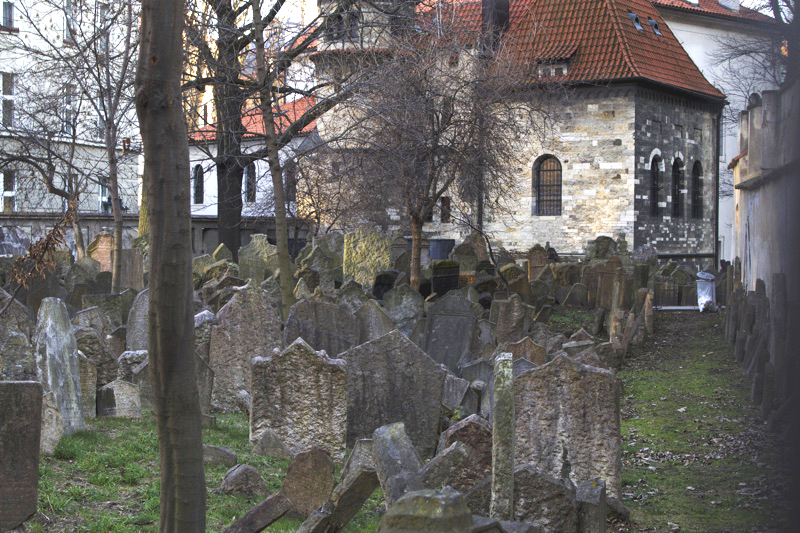 The Old Jewish cemetery in Prague is one of the oldest in Europe. It was started in 1439. And the last person buried there was in 1786. Since then it is carefully looked after even though  the cemetery is no longer used. 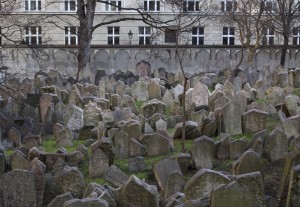 A sea of gravestones in the old Jewish cemetery

All the Jews in Prague Ghetto struggled with a lack of space. The Jews were forced to bury the newly dead above the old graves in spite of the fact that the cemetery was enlarged a couple times. So over the centuries the remains stacked up somewhere between 8 to 12 levels of bodies. There are a total of around 100 000 corpses buried here.

The gravestone designs have evolved over the centuries. From the oldest ones with their simple round shapes to the more recent ones, which look like small tombs.

If you decide to visit this old cemetery, there are couple names you should look out for. Jehuda Löw (full name: Jehuda Liva ben Becalel) was probably the most famous Prague rabbi. Many legends describe him as the wisest rabbi who ever lived in the city. They say that he knew the secrets of the Kabbalah. One of the wealthiest philanthropist was Mordecai Maisel. He was also the communal leaders of Jewish Ghetto. Under his leadership the Jewish ghetto flourished, building new roads, synagogues and schools from his savings. That’s probably the main reason why he became known as a “Royal Jew”, since he gave loans even to Emperor Rudolph II. 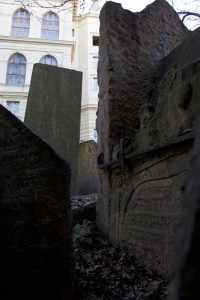 Opening hours: winter season 9am – 4:30pm, main season 9am – 6 pm. Museum open daily (with the exception of Saturdays and other Jewish holidays)

Prices: since they offer a wide variety of prices & discounts, check out their current prices here: http://www.jewishmuseum.cz/en/info/visit/admission/