Gellert Hill and the Citadel 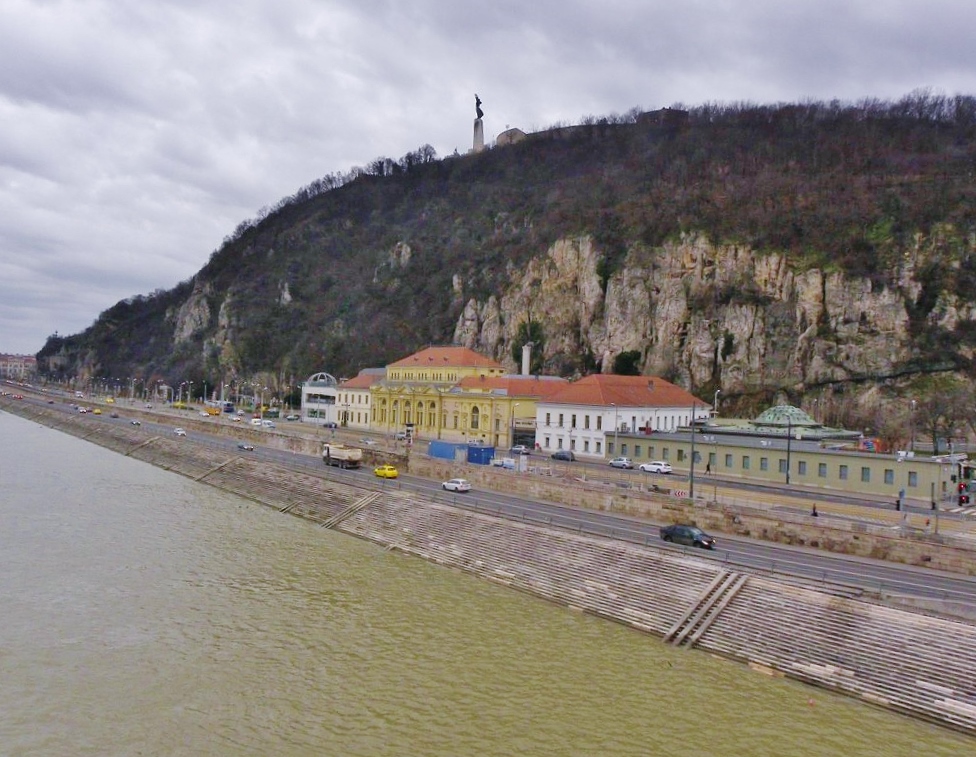 Gellert Hill overlooking downtown Budapest is a spectacle by itself.

The shape of the dolomite hill is formed by the tectonic fault lines running along the River Danube. Gellert Hill is one of the numerous hills under which lies a spacious cave system. This is a result of the solvent action of the curative thermal waters beneath.

The name of the hill is after the Italian Bishop Gellert (Gerardo, 980-1046) who at the invitation of King Stephen, came to help convert the pagan locals. (Ask your guide on the tour about the reason we named a hill after the Venetian bishop!)

Situated in the center of the capital, the area is part of the Duna-Ipoly National Park. So the only possible way to get to the top is on foot. You’ll be able to discover its hidden secrets by approaching from the north on the stairs on Sánc street.

Here you will find that the entrance to the largest water reservoir of Budapest is in the heart of the hill. This is where two piano-shaped basins contain and supply the clear and healthy drinking water for South Buda and low-lying areas of Pest.

Above the reservoir you’ll find the Garden of Philosophy. From here you can capture some great pictures of Buda Castle and Pest from it’s unusual angle. Then continue walking up the hill before arriving at the infamous Citadel and the Statue of Liberty.

Iconic statues of Royal Buda (left) and beautifu Pest, with Panorama over Budapest

This Citadel has been part of the landscape since the 1850’s. It was completed by the Habsburgs after suppressing the Revolution of 1848. The purpose of the fortress was to intimidate the rebellious inhabitants of Pest. And to help with this there are 60 cannons facing towards Pest. The last time used for military purposes was during the Second World War, severely damaging the fortress. Consequently some of these scars are still visible on the Citadel.

The Statue of Liberty was unveiled in 1946 as a symbol of thanks to the Soviets. the original inscription read: “To the memory of the liberating Soviet heroes [erected by] the grateful Hungarian people [in] 1945”. With political change came a new inscription. Remember to look when you’re there.

As a matter of fact there were a few other statues around her in the socialist era. You can check them out during our tour to Memento Park.

Finally finish your walk by heading down from the hill on its southern side. Then you’ll end up at the Underground Chapel which is just in front of the Gellert Hotel and Thermal Spa.

This Chapel was a natural cave with the name of “St. Stephen’s Cave”. It was made bigger to house the Order of St. Paul the First Hermit. This was the only male hermit order in Hungary. They were the Paulines and were founded in Hungry by Eusebius of Esztergom in around 1250. 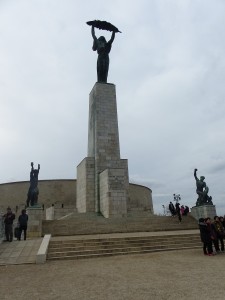