Basics – Florins? Forints? What’s the deal with the Hungarian Currency? 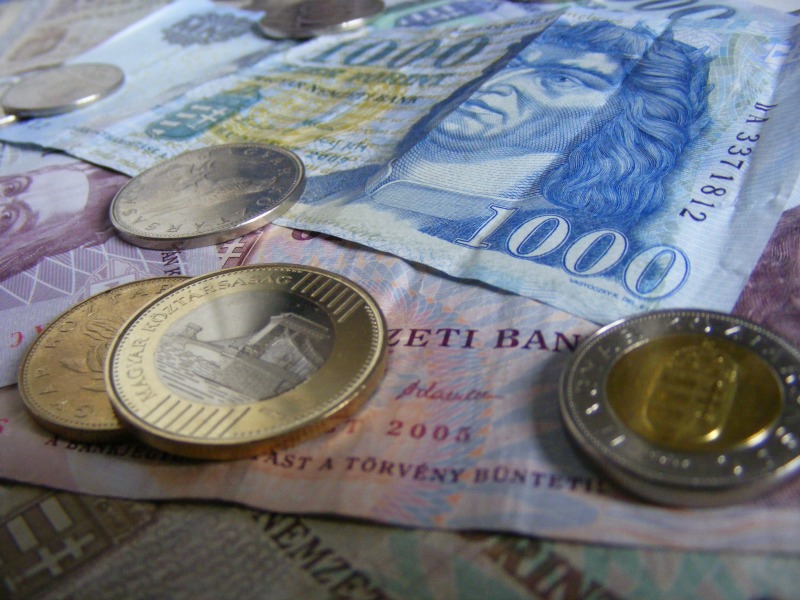 Joining the Euro has been an aim of the Hungarian government since the country joined the European Union in 2004. Its currency, the Hungarian forint (normally not capitalised) remains an unfathomable mystery to those who handle it for the first time.

The forint was named after the city of Florence, Italy. It has been in circulation since the 14th century. Back then Hungary was governed by the Anjou King, Charles Robert. This is why the Italians still call it “fiorino”. In those days, the forint was a gold-based coin cherished by half of Europe.

Those banknotes may look beautiful today. More so in someone else’s hands! So we recommend keeping a watchful eye open at all times. Though money scams and crafty money exchanging maneuvers do happen, it’s best to be aware of them so as to avoid them. Thankfully Budapest is not particularly famous for confidence tricks. But there are always those intent on taking advantage of unsuspecting tourists. These are some of the most common scams.

Many of these cons involve ‘undercover policemen’. They will  flash a fake badge and then check your papers including your wallet. And then they kindly return it a few hundred Euros short. Then there are the so called ‘Hello girls’. Normally working in pairs at night they use whatever excuse lure you into a bar. Because you’re a nice guy, you’ll buy them a drink. But prepare yourself for a heart attack when the bill arrives. And finally there are those beggars who pretend to be handicapped. They crawl around on the ground giving an Oscar worthy performance. And all for a couple of coins, relying on the kindness of passers-by.

Keep in mind that these scams mainly happen in and around the railway stations and the tourist hot spots of the city center.

As the Hungarian saying literally goes: ‘It’s better to be afraid than surprised’. So be aware of your belongings and avoid people offering better exchange rates on the streets. Always insist on getting a receipt wherever you go! Being on the safe side never hurts. With just a little caution you will leave Hungary with only good memories! 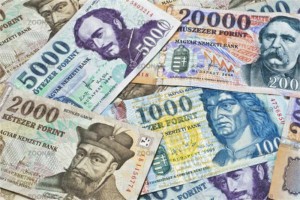 Average exchange rates (may fluctuate depending on market value)

Keep in mind that it’s very easy to get lost amongst the zeros. So always make sure you get out the right banknotes when paying cash! Confusing the 1000 and 10 000 forint banknotes is a common and painful mistake.

It may help to know that we have an ATM cash machine right outside the door of our Budapest office behind the opera house.