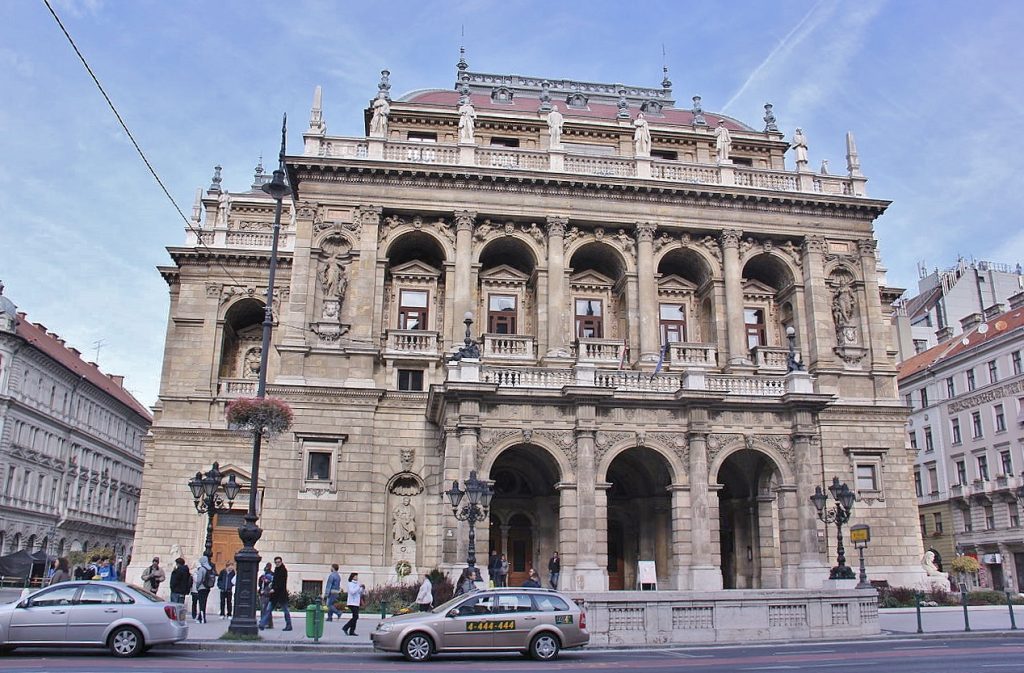 When you’re walking down Andrássy Boulevard (Budapest’s longest road – and it’s most grand!) you certainly can’t miss the Budapest Opera House. It’s one of the most striking sights on the boulevard, and possibly even one of the most beautiful buildings in the country.

It was built in Neo-Renaissance style during the reign of Franz Joseph. As you may know, there was a time when Hungary was part of the Austro-Hungarian Empire. Meaning that the country belonged to Austria. So during this period, Franz Joseph was both the Austrian Emperor and the Hungarian King at the same time. He ordered an Opera House to be built in Hungary so both royalty and commoners could enjoy a bit of culture. However, as part of his order, he stipulated that the building can’t be bigger than the Opera House in Vienna. Jealous much?

And so it is not – but it does have better acoustics. In fact, the Hungarian State Opera House has the second best acoustics in Europe (after the Scala in Milan).  And the fifth best in the world. This really makes us Hungarians proud (well, the tiny percentage that actually attend the Opera!). The building itself is gorgeous outside and inside. In the main hall there is a wonderful marble staircase. This was constructed for Sissi (Queen Elizabeth), the wife of the emperor. 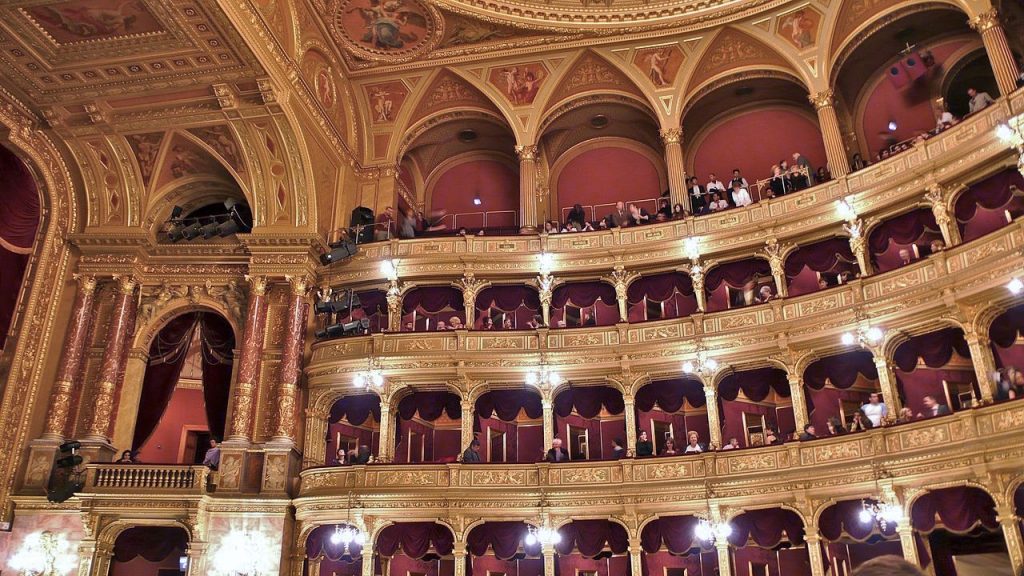 Interior of the Budapest Opera House. Photo by Andrea Puggioni

The marble statues of world-famous composers decorate the top of the building. And in the middle of the top, you can also read the sign: Franz Liszt (meaning: Franz Joseph was the king). At the base of the building there are two other marble statues standing. The one on the left represents Ferenc Erkel, the first director of the Opera House. And on the other side, we can see the statue of Franz Liszt, who was a world-famous composer with Hungarian roots.

There are opera, operetta and ballet performances several times a week in the evenings. Also there are various Sunday afternoon programs. The tickets are incredibly cheap so as to encourage visitors from all walks of life. Don’t worry about dressing up super elegantly as casual dress is sufficient.

Furthermore there are guided tours organized, in several languages, several times daily. So don’t miss out if you are a music or architecture lover.

On the other side of the Boulevard stands the former Ballet Institute, the Drechsler Palace.