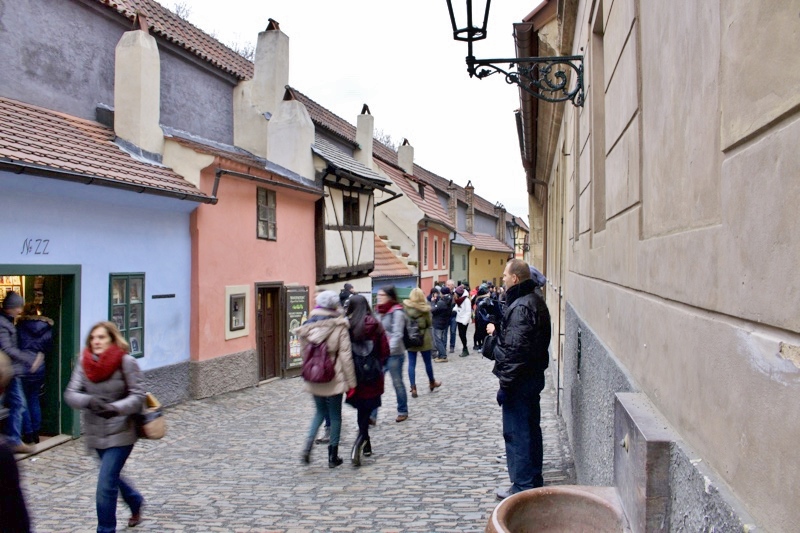 At the very end of Prague Castle, near the Black Tower, there is a narrow, picturesque street; “Golden Lane”. Its story dates back to the beginning of 16th century, when the new royal architect Benedict Ried built brand new walls for Prague Castle. Building them in front of the old walls meant that after the construction was over, there was a useless gap no one knew what to do with. In the end of 16th century archers of Prague Castle asked emperor Rudolph II if they could use that space to build there their tiny houses. Permission was given , providing they used their own funds.. 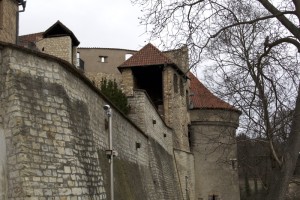 Besides the archers, another group of common customers were goldsmiths (that’s why in the old Czech records is this street often referred as Goldsmith’s lane).  People lived in those houses until the beginning of WWII. Probably the most famous person to live here was Franz Kafka (who lived in the house no.22 for a while).

The beautiful colors, which make Golden Lane so picturesque, are in fact very recent. The painting of these old, shabby-looking houses was in the 1950s.

The houses of Golden Lane souvenir shops and museums nowadays. So if you want to visit them, you have to get a Prague Castle entry ticket. This is because the Golden Lane is part of the paying area.  Or you can just join us on our Castle tour, which ends right there.