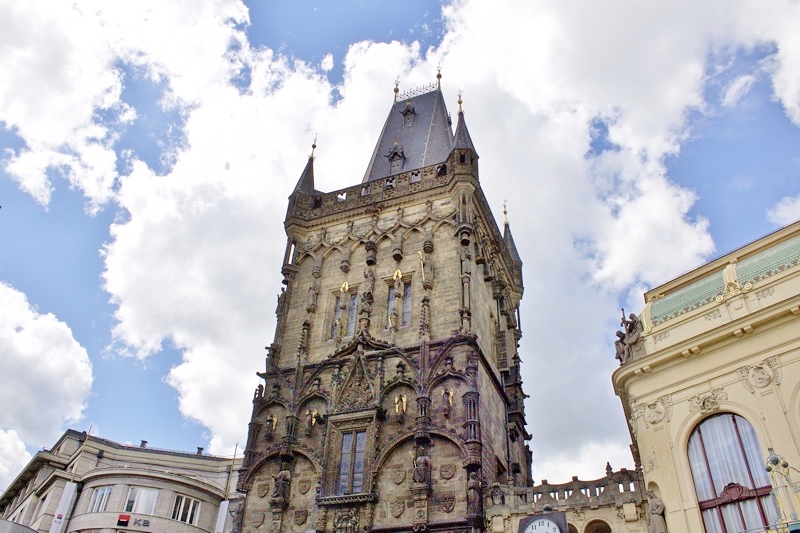 One of the most significant landmarks of the Old Town is the Powder Tower. This Neo-Gothic tower opens up Celetná Street, the former starting point of the crown road of Czech Kings. But how old is this gate really?

The story of the Powder Tower starts in the 15th century. After construction of the New Town of Prague (by Charles IV in the 2nd half of 14th century) the inner fortification became almost useless. Therefore the gate which used to stand there quickly deteriorated. This situation became very shameful. More especially when King Wladislau of Jagellons moved from the Prague Castle to his royal residence, which was right next to this gate. 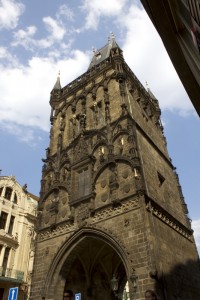 Rear of the Powder Tower

Ultimately the City Council decided to take the tower down and replace it with a more representative tower. The construction of the new one started in the year 1475 led by the skilled architect Matěj Rejsek. Foundations were put 9 meters below the ground to hold the 42 meter-tall tower. But construction never saw completion. This was because the King moved  back to Prague Castle in 1483. Then the city council then lost their motivation to continue. So they placed a temporary roof on top. But the tower had no purpose and started deteriorating. In the 18th century the tower used as a store for gunpowder which gave rise to the name Powder Tower. The current look was given to the tower during Neo-Gothic restoration between 1878-1886. Old Town Bridge Tower was used as an inspiration for the new look.

Today the Powder Tower is open to the public. So you can visit its interior as well admire panoramic views of Prague from the top.