When it comes to beer, there is probably no other city in central Europe, which has such a strong bond to beer as Prague. Many people think it’s kind of a beer drinker’s paradise. After all, where else you can get a half-liter of beer as the cheapest thing on a menu? There are countless Czech restaurants that charge less for beer than still water. To find out more, we can recommend one of our special Prague tours, “Taste of Czech- Microbreweries and food tasting experience“.

However, how about all those breweries? Which are the best breweries in Prague? That’s exactly what (in our humble opinion) we’ll try to show you. 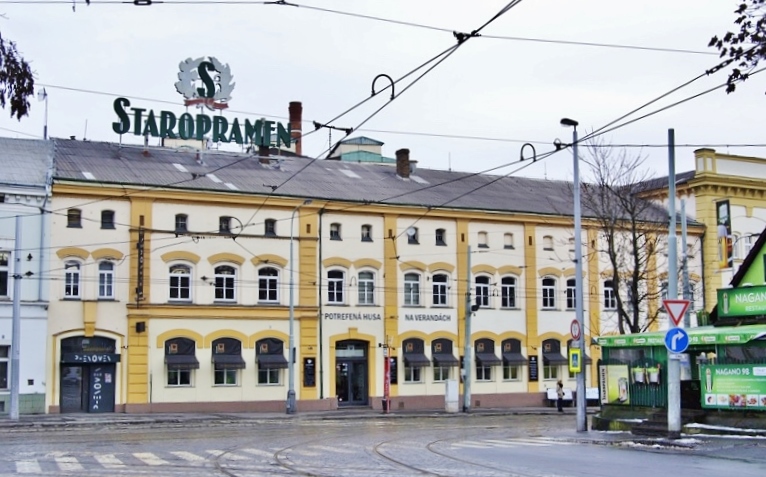 One of the biggest breweries in the Czech Republic is located in Prague on the edge of the city center. Staropramen brewery was founded in year 1869 and had the first batch of beer ready in 1871. The quality of their beer was so good that even the Emperor of the Austro-Hungarian Empire, Franz Joseph I personally visited the brewery. He complimented them on its quality as well as their modern equipment.

Over time, Staropramen has gained a solid share of the Czech beer market. It remains one of the most popular beers of the Czech Republic. Dedicated fans can visit the brewery for a look around.

Now we dive into the world of microbreweries. The oldest brewery, founded in Prague in the 10th century, is located in Břevnov monastery. Břevnov brewery has had many ups and downs over the centuries. These include surviving several plundering armies and having tenant brewers with better or worse skills. The last restoration was in 2011. Over time we can say they have built up a solid reputation for having excellent beer.

Just a few wobbly steps from the Old Town Square is another newly opened (2012) brewery called U Tří Růží (English: At Three Roses – that’s why they have roses in their logo). The building itself has over 600 years of brewing tradition behind it. However, the story is the same as Břevnov brewery – so their brewing has not been continuous.

After a new opening in 2012 they established their brand as one of the highest-quality microbreweries in Prague. The main brewer switches throughout the year between approximately 20 different kinds of beers. So every time you walk in, you can be sure they’re going to have something different (with the exception of two beers they have all year round).  So if you’re looking for a very centrally-located brewery with great beer, you will never go wrong with this place.

These are just a few out of many great places you can visit. If you’d like to know more about the best breweries in Prague then just ask the staff in our Prague office. They’ll be only too glad to help you find other lesser-known places across the city.

Here are some quiet bars where you can relax and enjoy your poison of choice: HERE