Krakow Barbican – The Last Remains of the City’s Medieval Defences 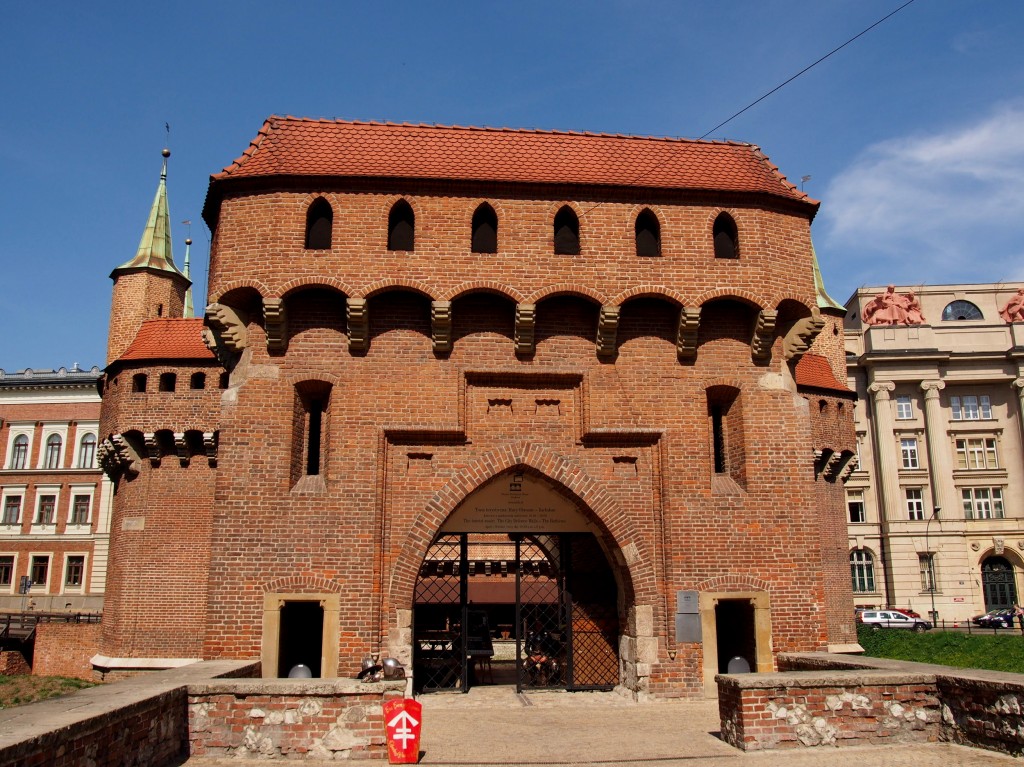 The Barbican museum entrance (south-facing side)

The Barbican (barbakan in Polish) is the last completely standing remnant of the medieval fortifications that once protected Krakow’s old city. Built in 1498, the Gothic, circular defensive structure with its many eye-catching spires, remains one of the most stunning historical sights in the city. It is just north of St. Florian’s Gate at the end of Ulica Florianska, in the center of the Planty Park that surrounds the old city. 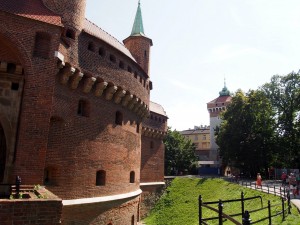 Krakow Barbican, as seen from from Planty Park

In the Middle Ages, the Barbican looked very different to the way it does today. The leisurely, tree-lined paths of the Planty which surround the current fortification were, for many centuries, occupied by a defensive moat. The connection from the fortress to St. Florian’s Gate was via an under cover walkway. This was the main northern entrance to the city, where the Polish kings and other people of importance could enter in a protected fashion before setting off down the Royal Route towards Wawel Castle. The nearly-impregnable fortification’s circular design was meant to repel artillery fire, and indeed, it only fell but once, during the war with Sweden in 1655, in which the besieged defenders ran out of food and ammunition and were forced to surrender.

By the 19th century, modern weaponry had rendered such archaic defenses irrelevant, and the high walls that surrounded Krakow’s old city began to come down, filling the moat and replacing it with a park. That park is now the Planty. Today, the Barbican stands as a museum, and a monument to Krakow’s medieval roots. The museum is open during daylight hours, and sometimes features special events, such as concerts. It is easy to reach and an interesting sight for anyone visiting Krakow, but especially lovers of history, architecture, and Polish culture.

You can also buy a shared ticket for both the Barbican and the Defensive Walls.

Tickets are available in the branch ticket office on in the Visitor Centre at Sukiennice, Rynek Główny 1.

Best time to see it: During open hours (see above)