Historical Sights of the Old Town 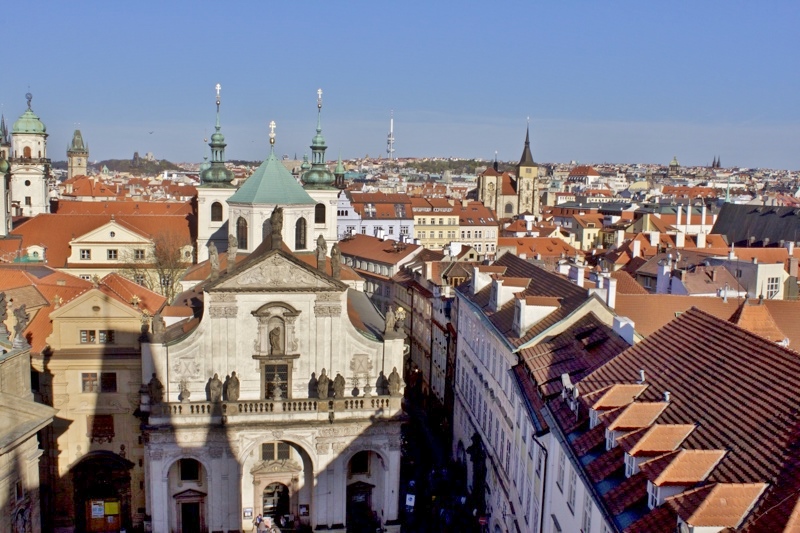 When you arrive in Prague, there are basically three (or four) parts of Prague you will want to see. The Old Town, Hradčany, Lesser Side and the New Town. All of them are packed with the most historical sights of Prague. So in this article we’ll try to help you find inspiration, while you’ll be wandering through the Old Town.

Let’s talk about THE Square 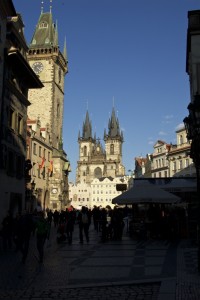 You’ve probably seen it on at least half of the photos of Prague. THE square, the Old Town Square. Just by standing there you can feel the centuries of stories hidden in the amazing architecture. The Old Town Hall with Astronomical Clock immediately grabs your attention . Founded in 1338, and used over the centuries as a seat of the city council and nowadays used as a museum, tourist info point and observation tower.

Across the square stands the old Gothic Tyn Church, a piece of art which took almost 150 years to build and considering it’s location almost on the square, it’s unbelievably calm.

Another church is located behind the Old Town Hall – the Church of St. Nicolas. Nowadays it is mostly used for concerts because of its great acoustics.

Theatre, university and the last pieces of Prague’s fortifications

Just few steps from the Old Town Square you will find one of the oldest universities in the world. Charles IV founded Charles University in 1348 right at the beginning of his reign. This act would doubtless attract knowledgeable and wise people to Prague – which, from Charles’s perspective – would be a step to becoming one of the most famous cities in the world.

Opposite the university is a gorgeous building – the Estates Theater. It was founded in year 1781 and just a couple of years later; W.A. Mozart premiered his new opera, Don Giovanni right here. After receiving a long standing ovation, he loved Prague until the end of his days.

Three minutes’ walk from the theatre you can find the last remaining piece of Prague’s fortifications – the Powder Tower. It was once the most beautiful gate, opening Prague to thousands of visitors, however, over the centuries its importance dwindled and at one point it was close to demolition. A careful restoration at the end of 19th century saved this attraction for future generations.

Jewish Quarter and the Charles Bridge

One of most famous of the historical sights of Prague, is its Jewish Quarter. Even though the original quarter was almost completely demolished at the end of 19th century, a few of the sights have survived. But that’s nothing compared to the fact that it survived the German occupation of Czechoslovakia during WWII. You’ll find there a couple of medieval synagogues, an enchanting Jewish Cemetery and a memorial for Jews who lost their lives in WWII.

A short walk from the Jewish Quarter will bring you to a medieval bridge, which connects both sides of the Vltava River since the beginning of 15th century. The Charles Bridge, founded in year 1357, took almost 50 years to build but the effort paid off. It’s still standing and its gorgeous sculptures make it one of the most beautiful bridges in the world.

See these historical sights of Prague and more on our range of special-interest walking tours.