The House of the Black Madonna 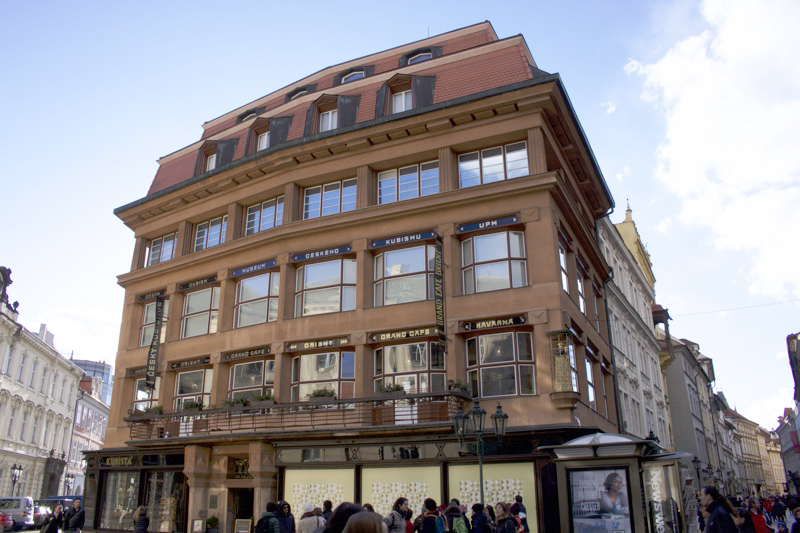 The beginning of 20th century was an era of many changes in our country. Not just through political changes and those in the society. But more just as importantly, changes in architecture. The House of a Black Madonna is a great example of how such a changes were accepted by locals. 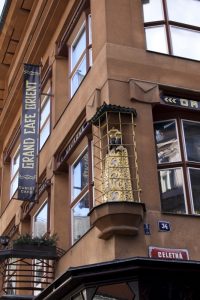 1910 saw the demolition of an old Baroque building at the corner of Celetna Street and Ovocny trh (Fruit market Square). The new owner of that property, a merchant named František Herbst, decided to build a modern shopping center in it’s place. Young architect Jan Gočár presented him an idea of a Cubist building, which he found very interesting. However, when his idea went public, it started a storm of public opinion. František Herbst had a lot of struggles with Prague’s city council and the Club for an Old Prague. The latter being a public organization that tries to protect the historical heritage of Prague. Both organizations wanted him to blend the new building more with surrounding area.To that end he remodeled his plans a couple of times. Finally he found the perfect sync between the old and new, finishing the new construction was in the year 1912.

Without doubt this building has purely cubistic shapes, but also it combines a lot of details from Baroque architecture. The original door sign of the previous building, a black Madonna stands on the corner. 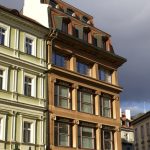