The Story Behind Polish Milk Bars 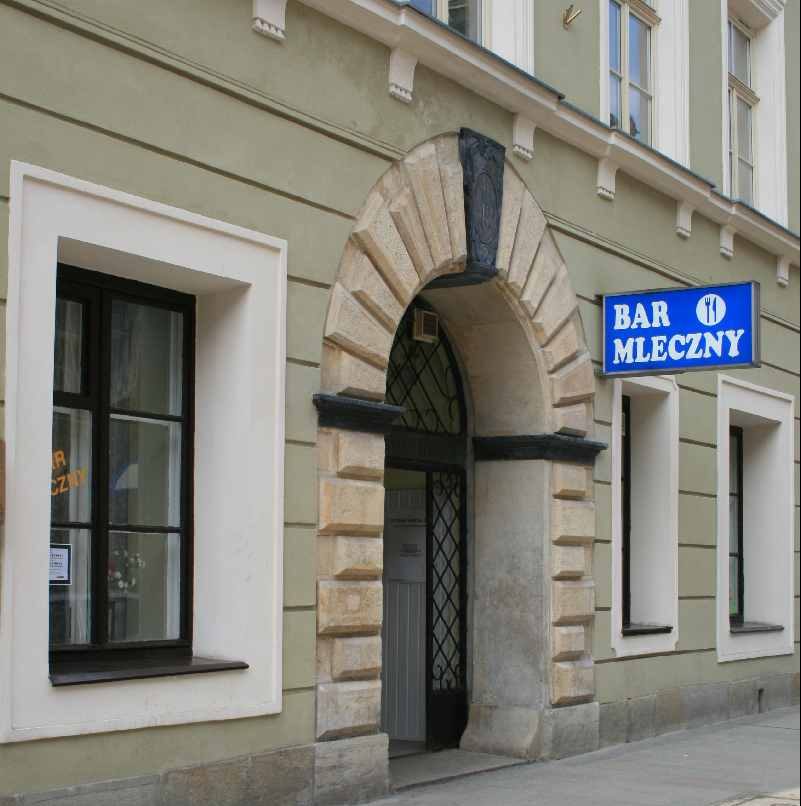 If you’ve done your homework before embarking on a trip to Krakow, you may well have heard of places called milk bars. No, don’t worry, they aren’t some dairy lovers paradise. In fact they are very real living relics of Poland’s last hundreds years of history. They are workers cafes that were open all over the country. They served hot food to the thousands of workers. 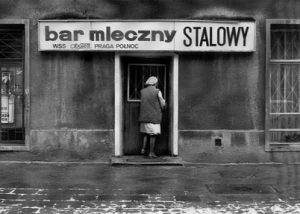 The name does come from the abundance of dairy on the menu. But it was mainly meats and traditional soups that were on offer. Alcohol was strictly a no-no. Instead the workers would have to make do with the quite delicious stewed fruit punch drink.

Stanisław Dłużewski who was a member of Polish gentry established the first milk bar in 1896 in Warsaw. As the restaurant’s gained in popularity and after Poland regained her independence after World War I, milk bars started to pop up all over the country. For many people the nutritious food was an important lifeline during the 1930’s depression era.

As the Communist regime rolled into Poland, most expensive restaurants bore the label “capitalist” and shut down by the government. This  left milk bars as the main source of food for workers in companies that didn’t have canteens. In those days, Milk bars would serve only vegetarian meals during martial law as meat was strictly rationed  in Poland. In these dark times, it wasn’t uncommon for cutlery to be chained to the tables to prevent theft.

The end of Communism brought a great boost to both Poland’s economy and the popualtion’s quality of life. But this marked the beginning of the end for milk bars. From a high of 40,000 establishments only several hundred remain today. They fell out of favor in place of better restaurants that have been able to open now that Poland is a free country. 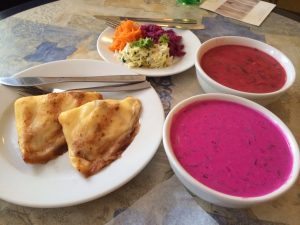 Increasing numbers of tourists and their desire to experience some aspect of socialist life have led to a re-opening of some of these places. Also, due to the global economic downturn, since 2010 many people are once again seeking out good cheap comfort food.

If you visit today,  you’ll find some places now take card payments and have electronic buzzers to tell you when your food is ready. But the food is still good, cheap, hot and you just get whatever the chef fancies cooking that day. Soups, salads, mashes and meats, as well as the famous pierogies are all worth a try. The chances of anyone behind the counter speaking English is still quite slim, so just point at the menu board and nod excitedly if they ask you for some options.