Falling in Love with Polish Vodka 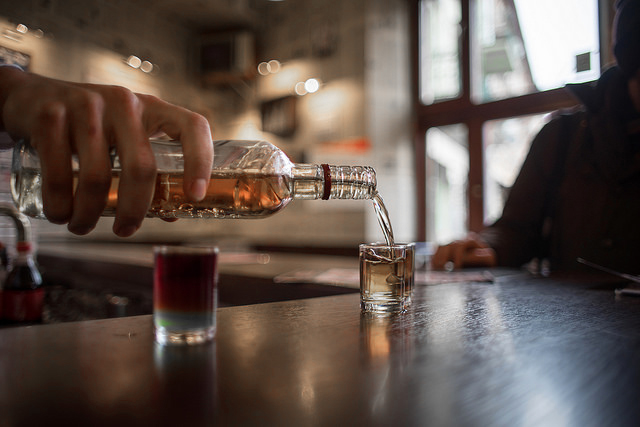 One for me…and one for me again

Vodka is the liquid that powers the Polish nation. Much loved, it enjoys a long history and a hefty alcohol content. Polish vodka makes the perfect addition to any night out in Krakow, or dinner, lunch or even breakfast for that matter (or driving the car, operating heavy plant machinery) just don’t be sad if you can’t keep up with your local hosts.

The History of Polish Vodka

Although hotly debated, some historians believe that vodka originated in Poland rather than Russia as many commonly assume. In reality, it’s hard to tell, as very few records exist from that time. Of course it’s likely that people were brewing moonshine similar to vodka for many centuries.

The first recorded evidence of the vodka we know today in Poland comes from some court records dating to 1405. The word vodka used to be used to describe cosmetics and medicine made from it, while the beverage was known as “Gorzałka”. This is taken from an Old Polish verb that means ‘to burn’. Hell yeah! Back in those days people thought vodka had mythical qualities, and one boss told his workers that it could “to increase fertility and awaken lust” (OK..it was me when I was working in the convent). 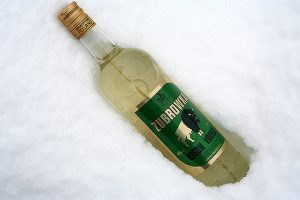 A bottle of Żubrówka vodka

Early methods were rudimentary and the results were low percentages in the 8 – 11% range. This is approximately the same as milk from your average Polish mother’s breast. Vodka production was a cottage industry up until the end of the 18th century when industrial production started to ramp up. Today distilleries are large-scale. By making use of filtering with activated charcoal they ensure smooth clear vodka in the 37.5% – 40% range.

While vodka can use any sugar or starch rich plant, Polish vodka tends to use grain. The popular brand Żubrówka for example is distilled from rye. Another popular feature of Polish vodka is that many brands have flavorings. Żubrówka Bison Grass vodka is popular, the flavoring being the grass from the Białowieża Forest, while Soplica Vodka is available in a range of flavors including hazelnut, cherry and quince.

Where to Enjoy Vodka in Krakow 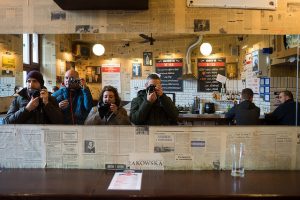 People enjoying a drink in a Pijalnia Wodki i Piwa bar…and taking photos of each other??!!

Alongside Soplice and Żubrówka some famous brands in Poland include Żołądkowa Gorzka, Wyborowa and Biała Dama. You can find vodka in practically every restaurant and bar – just ask the waiter or bartender to tell you which one they like best – and prepare to stay for a few.

One chain of bars to look out for in Krakow is Pijalnia Wodki i Piwa. Sacred among locals – particularly students – most are open 24 hours a day and serve beers and shots for 4 zloty each. They also serve traditional Polish pub snacks.