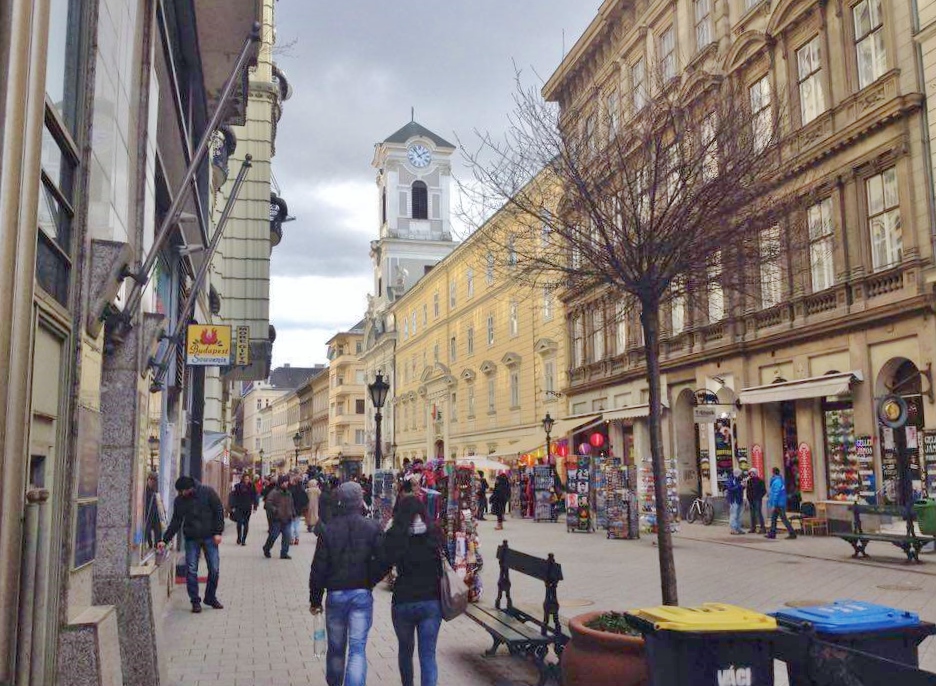 The famous Váci Street extends from Vörösmarty Square down to the Great Market Hall of Budapest. It is ranked among the top shopping streets of Europe. Whether you’re here to purchase something for your loved ones or immerse yourself in the magical atmosphere of downtown Budapest, you will not leave the area disappointed. 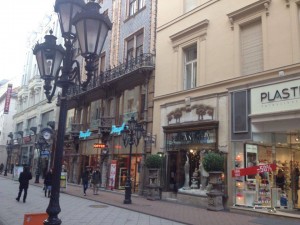 The pedestrian friendly street is the epicenter of glossy commercial life in Budapest. But not only that. For very much like the city itself, being a fusion of the old and the new, Váci Street falls into two parts. One part is full with fashionable stores offering a wide range of international brands. Whereas the other part takes you on a fabulous culinary and cultural journey into Hungary itself. Even their vibes are completely different. One is buzzing with life whilst the other is peaceful and quiet, more revolving around local life. Because of this contrast between the two parts that Váci Street has a truly unique ambiance.

Also the direct vicinity of the street has always been a convenient vantage point. In fact it’s only a stone’s throw away from the Danube. The Romans built their military fortifications here. Then during the Middle Ages with the comings and goings of foreign vessels on the river, this area became an important trading and industrial center. Moreover the merging of Buda and Pest in 1873 made Váci Street a popular destination among the members of the Hungarian upper class. An occasional appearance or purchase was a display of social rank and prestige.

Most of the buildings that line Váci Street were built in the 19th century. And many are still standing. That’s why some of the most famous architectural gems of Budapest are in this area. For example the Art Noveau Parisienne Courtyard or the eclectic Klotild Palaces.  These allow us to travel back in time and maybe feel nostalgic for the Austro-Hungarian monarchy.

Seeing the glamorous stores of Váci Street today, it will come as no surprise that all the big chains wanted to have a restaurant here when Hungary opened its gates to the West in 1989. You should ask your guide how the locals welcomed the new trends and how they affected everyday Hungarian life.

Vörösmarty Square is often referred to as the center of tourism in Budapest. With its wonderful architectural heritage it is a must-see for every traveler. This square is famous for two illustrious confectionaries; (Gerbeaud and Szamos) and a UNESCO listed Christmas fair which attracts thousands of people from all around the world every year. 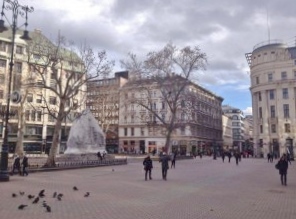 The name is easy to pronounce – wahtzee. Though the locals will probably point it out to you on the map before you say anything.

Opening hours of shops: Mo-Sa : 10-21. Bear in mind that the bigger stores close on Sundays.