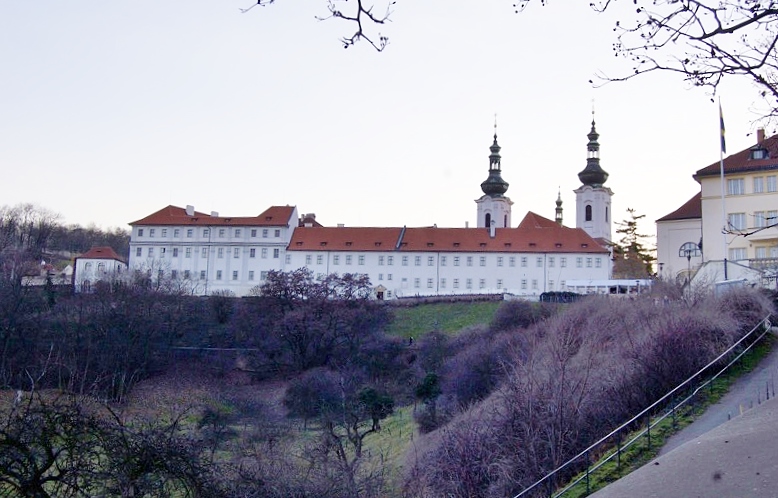 The Strahov Monastery is one of the oldest and the most important monasteries you can find in Prague. If you cross over the Charles Bridge towards the Castle, you will notice it as a long white building with two white spires to  the left of the Castle. 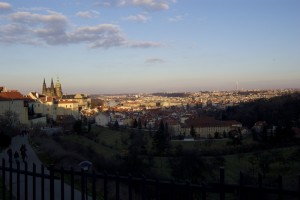 The Duke Vladislav II founded the Strahov Monastery in 1143. The monastery went through many ups and downs as time went by. The darkest of these came during the Hussite wars. Due to it being a wealthy monastery it became one of the first targets to be plundered.  After the wars the first major renovation was between 1601-1627. The Swedish army conquered this side of the Vltava River in 1648. This was during the 30 years war. Sadly the monastery was looted and lost many valuable pieces from its library. 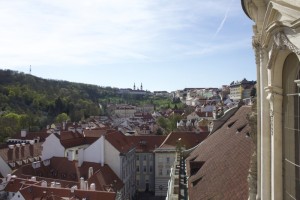 View of Strahov Monastery from Church of St. Nicolas,

The Architect Giovanni Domenico Orsi built large parts of the interior between 1671-74. This amazing interior consists of three rooms. There is the Theological Hall, the Cabinet of Curiosities with the Connecting Passage and the Philosophical Hall. The Theological Hall and Philosophical Hall are part of the famous Strahov Monastic Library. Presently this consists of around 200,000 books from 8th to 20th century. As can be seen, it looks like something out of a fairy tale!

The Strahov Monastery also tried to preserve European cultural heritage in the form of valuable paintings from all over the continent. The gallery’s beginnings were in 1834 and today it contains around 1500 paintings.

Finally whilst you’re visiting, why not pop in to the Strahov Monastic Brewery. Here they keep the tradition of brewing alive. So are you thirsty enough to get some beer?