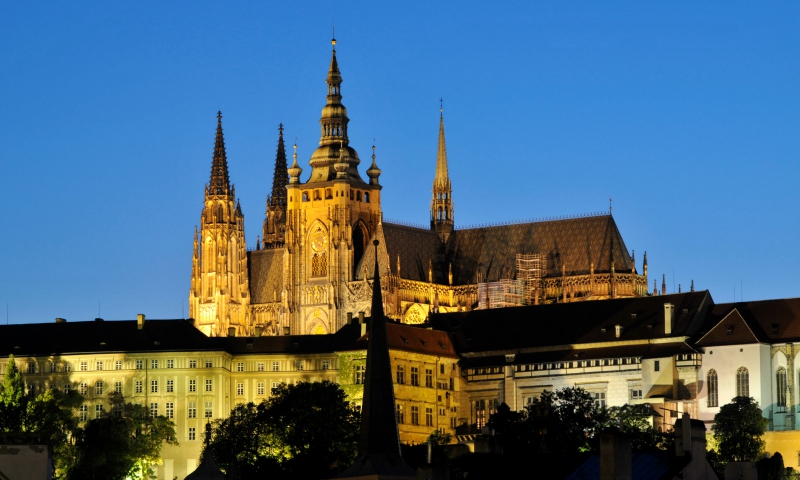 If you Google the word “Prague”, the most common result you’ll get is a photo of Prague Castle.  From the area of Prague Castle one tall, amazing piece of architecture really does stick out: Officially know as the metropolitan cathedral of St. Vitus, St Wenceslas and St Adalbert, the latter two were only added in the last 20 years, so it is generally known just as St.Vitus, named after the patron saint of dancing (You may have heard of St. Vitus’ Dance, a common nickname for a shaking illness known as Sydenham’s Chorea.) It is a favourite stop on our Absolute Castle Walk, as well as the Absolute Prague Tour

History and construction of the St. Vitus Cathedral 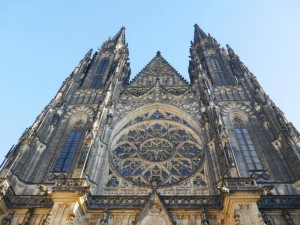 The soaring facade of the St.Vitus Cathedral

The Emperor loved by all Czechs – Charles IV, founded the Cathedral in 1344. He wanted to turn Prague into the greatest city of Europe and a huge, representative cathedral was the first step. The first architect Charles IV was to invite to Prague was a Frenchman who’s name was Matthias of Arras. You can see his idea idea of a cathedral with polygonal chapels in the back part of the cathedral. However, he died just eight years after the construction started.

It took four years to find an architect good enough to replace him.  Petr Parléř – probably the most famous architect Charles IV could get, led the new company that came to Prague. He and his son started working on this magnificent construction and many other buildings in the city center (such as Charles Bridge). It took 50 years to complete just the rear section of the cathedral. 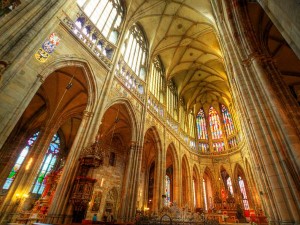 The construction was halted by Hussite wars and unfortunately, none of the new emperors wanted to continue. A couple centuries went by and the new wave of Czech nationalism of 19th century helped to fund the final part of St. Vitus Cathedral. It took over fifty years (1873-1929) to complete it. Nowadays St. Vitus Cathedral is a place, where you can soak up the enchanting atmosphere of medieval gothic architecture at its best. 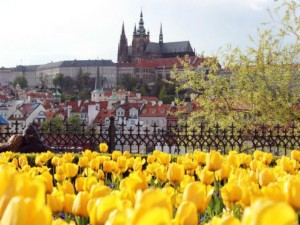 Images thanks to UNCG, Sara at “A different piece of sky” Wikimedia Creative commons user Carmelo Bayarcal and Gastronomadic‘s the Nomadic Kitchen.