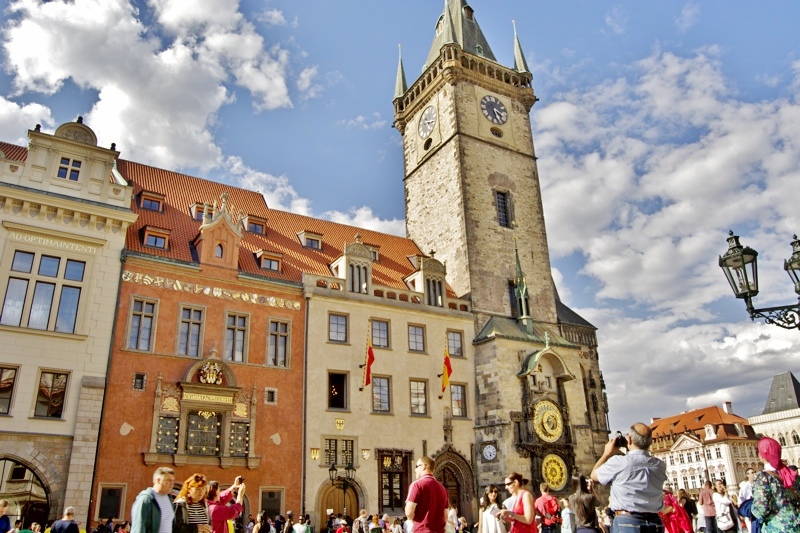 In the heart of the oldest part of Prague, in the Old Town Square, stands one of the most popular tourist attractions. The Old Town Hall and Astronomical Clock. You might be wondering why so many people come to admire this outstanding building. So… here are few interesting facts: 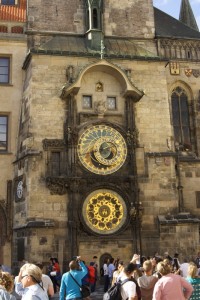 We first hear of the Old Town Hall in the year 1338. Soon after becoming the center of Prague’s government until the 20th century. The Gothic tower was an observation point to look around the city. But it became famous for having an Astronomical Clock on it.

The Astronomical Clock shows up for the first time in records from year 1410. It was put together by two clock makers. In later centuries there were some changes and the current appearance is the result of new work done after WWII. It was during this period that the was the Clock took serious damage from German troops fighting with rebels during the Prague Uprising.

There was another large (eastern) wing of the Old Town Hall which was added in the 19th century, which was completely destroyed as well. Your tour guide may  be able to  show you few pictures of what it looked like…. so don’t forget to ask him about that!

Nowadays the Old Town Hall is a popular place for weddings (mostly tourists) and the Charles University uses some of its halls, for graduation ceremonies.