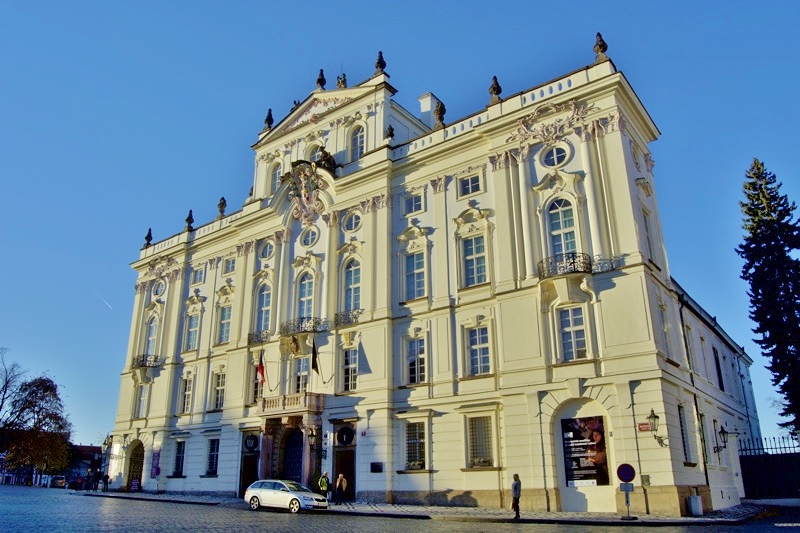 If you look across the square from Prague castle you’ll see the seat of Prague’s archbishopric. It’s a classical building standing apart. Actually it could be a luxury hotel. Though the large late Baroque Palace looks quite recent, it’s history goes much deeper. Let’s take a look…

The first seat of the Archbishop of Prague was on the Lesser Side under Prague Castle. According to legend it was a Romanesque Palace. The 13th century saw it’ building at the command of Bishop Ondrej (1214-1224). Apparently the building was so perfect, that the King was jealous of its beauty. Unfortunately, with the Palace burning down during the Hussite Wars and it was to remain that way. 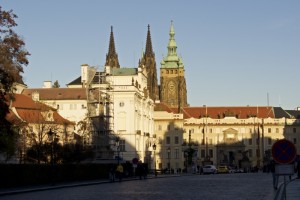 After 140 years without an archbishop, Prague decided to elect a new one in 1561. In a generous act, King Ferdinand I. decided to donate an empty Palace in front of Prague Castle to be the archbishop’s new residence. The very first reconstruction turned this palace from a Gothic to a Renaissance style.

A great new reconstruction was carried out between 1674-1694 by a French architect from Dijon called Jean Baptiste Mathy He expanded the Palace and rebuilt it in Baroque style. The last architectural changes were between the years of 1764-93. They were by Johann Joseph Wirch, who applied contemporary popular Rococo decorations.

Throughout the 19th and 20th centuries, the Palace was maintained just as it was. The last major reconstruction (1995-1998) was necessary because underground works beneath the Castle had damaged the palaces structure. Reconstruction successfully secured it. The Palace is the seat of Prague’s archbishop to this day. 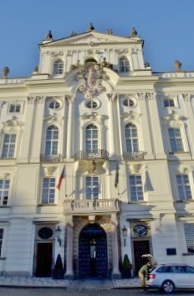